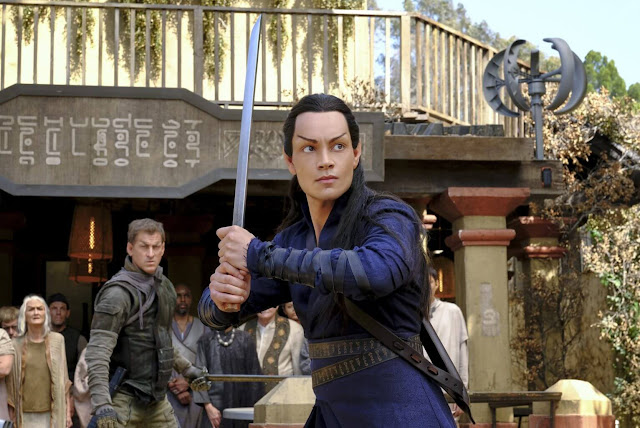 Following on from their mission to journey to Freecloud to find synth-creator, Maddox, the new crew find themselves on a bit of a detour, where they pick up another couple of crew members.

On the one hand it is good that Picard has taken the time to introduce us to each member of the crew. On the other, it is odd that we are nearly half-way through the debut season and the production team are still giving us episodes like this assemble the crew, without progressing the plot by any degree. Still, I'm hoping that given the episodes' ending, that will be a thing of the past and the story can now really get moving.

If this episode does one thing, its make us excited for next weeks one, with the promise of the crew going undercover, its nice to see that Picard isn't going to shy away from some of the sillier aspects of the show's premise. There were a few things in this episode which were enjoyably silly. There are loads of Romulans walking around carrying swords, on a previous visit, Picard left a copy of The Three Musketeers with a young boy called Elnor, did he share it around? It wouldn't be the first time that a piece of literature changed a planet. 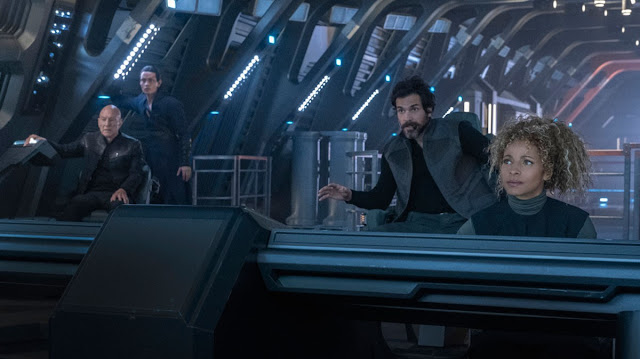 And yet, while Picard still does have some storytelling kinks to work out, I'm really liking the characters on offer. More often than not, I'm happy enough to overlook a scripts weaknesses if the characters are enjoyable, and maybe this is why I've sometimes struggled with the new era of Doctor Who, I just don't care about any of the side characters and few of the main ones, despite being a Doctor Who fan for my whole life.

But this isn't the case here, Absolute Candor is the first episode to see the whole crew working together, and they are well on their way to becoming one of the strongest crews from the franchise. Of course, Patrick Stewart is still brilliant as the older, wiser and more remorseful Jean-Luc, but this isn't just his show. Each character gets a time a shine from Jurati's adorable awkwardness, or Captain Rios modelling all the ship's holograms on himself. Elnor looks to be a promising addition, even if here he felt like a bit of a Dungeons and Dragons stereotype.

But the best bit of the episode was the moment where Seven of Nine finally turns up, leaving us waiting for more this Friday. I'm really looking forward to seeing some backstory between her and Picard, given how they have both escaped the Borg after having been assimilated. And I cant' wait to see what she's been up to in the twenty-years since Voyager returned home. 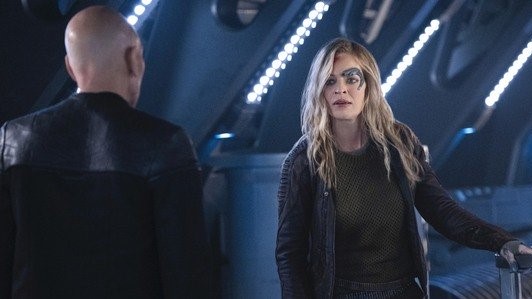 And the other thing this show is excelling at is showing us what life is like in the 24th century. Picard is placed on the verge between 24th and 25th centuries, and I'm really enjoying learning about the state of things in the universe now that the Federation have a more limited presence. And placing a lot of the plot on the Romulans is allowing us to learn more about them as they are definitely the most underrated alien species out there, we never got a good look at their lives, society and culture in the same way we did with the Klingons, Cardassians or even the Borg.

After four episodes spent assembling a formidable crew, it seems Picard is finally ready to get going, perhaps boldly where no one has gone before...