Doctor Who: The One Doctor Review 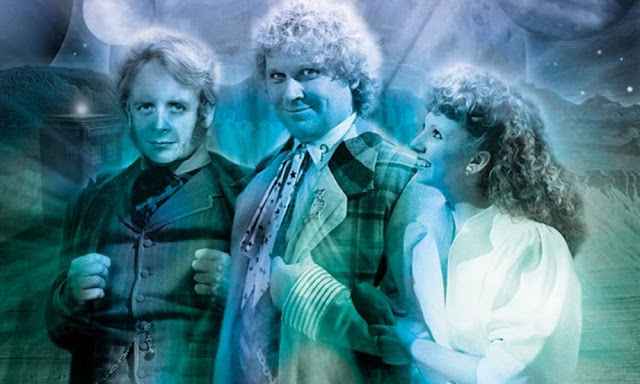 Both the Sixth Doctor and Mel have had their detractors, especially when they were paired together. But anyone who passes at the opportunity to listen to this adventure is seriously missing out as they are denying themselves one of the funniest adventures in the whole of the Big Finish range.

Arriving at what the Doctor refers to as 'the-vulgar-end-of-time', the Doctor and Mel find themselves on Generios during the celebrations for the Doctor having defeated the evil Skelloids. Mel just assumes that the Doctor doesn't remember because he hasn't done it yet but the Doctor is far from convinced as he doesn't have a sense that there is a different incarnation of himself around.

Meanwhile, the Doctor is gladly accepting all the hospitality and money the people of Generios can give them. But he also gives credit to his psychic-screwdriver and his companion, Sally-Ann. The pair plan to disappear with their loot in their STARDIS.

The real-Doctor barges in to have a word and is unimpressed with his competition. But all the fun and games stop when a real threat arrives, with guns big enough to destroy an entire planet and with only three-hours to try and stop them, the two Doctors, Mel and Sally-Anne have to team up to save the day.

The One Doctor is a funny parody of television game-shows with The Weakest Link getting a rather brutal bashing in the process. But it also makes fun of DIY Stores, Celebrity News and Worship, delivery systems and of Doctor Who itself. Big Finish even make fun of themselves here with a character moaning that you just don't get the same effect on audio with people wanting to actually see the monsters.

Bonnie Langford in particular seems to be having a ball here, not screaming once, with Colin Baker having just as-much fun, going from evil chuckles, to serious moments, to jokes and giggles.

The whole piece is joyously outrageous and OTT. The script is peppered with quotable lines and moments, and just a sheer abandon and is an absolute must for anyone who wants a good laugh...