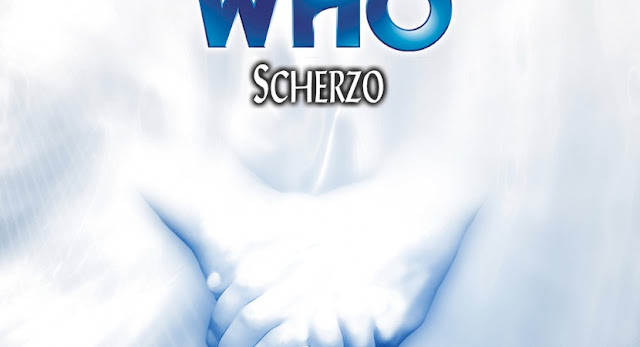 Recently when Big Finish decided to reduce their Monthly Doctor Who range 51-100 to £6.00 each, I took up some of the offers and I joined many fans who have been traumatised by the pyschological horror of Scherzo - a story set in the divergent universe, that was estabilished in the previous adventure, Zagreus.

This isn't a story for listeners who haven't heard a lot of the Charley and the Doctor. Really you need to have listened to everything from the beginning in Storm Warning through to Neverland and Zagreus. But from the hands of writer, Robert Shearman, it feels like something along the lines of The Chimes of Midnight as he blends this story which high concept ideas and the macabre.

What sets Scherzo apart from the previous releases is that this is a two-hander with just Charley and the Doctor and it tackles the idea of the Doctor's love for his companions head on. It is important to remember that this story came years before the show came back on the television, so this was taking the show into uncharted waters long before David Tennant and Billie Piper. The Doctor had sacrificed himself for companions in the past but he had never professed his love to them before. And for that matter, none of his companions had admitted they loved him before. This script leaves both those notes sentimentally unexamined.

Scherzo is experimental and a deeply disturbing story and this is from someone who has heard Chimes years ago and wasn't ruffled by it. There are some very powerful visceral images that are quite difficult to sit through. And the frank and jagged conversations between the Doctor and Charley are sometimes more disturbing than the horror elements.

You really need to sit and think about Scherzo and I'm not sure I liked this version of the Eighth Doctor. In some respects, it takes what makes the Eighth Doctor so lovable in the first place. Charley, throughout the story, is just trying to roll with the new realities and we get a strong performance from India Fisher. The story really does rush through quickly without even realising it, without ever having explained what is particularly going on.

But despite my reservations, I can appreciate that Scherzo is something of a crucible, distilling Doctor Who down to some of its fundemental pillars, the Doctor/Companion dynamic, in order to examine it properly. The creative horror imagery is very striking, even though it comes from Rob Shearman the master of audio horrors. Why is this man so obsessed about eating? Or eating each other...