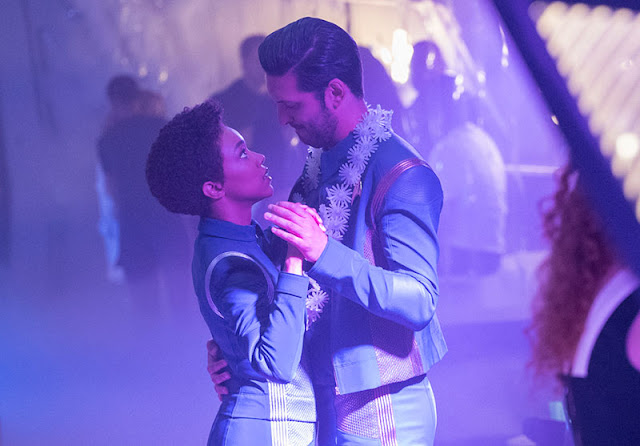 If shows like Star Trek have proven anything, you can't go wrong with a good old time loop storyline. And luckily, Discovery doesn't either.

I found this episode absoultely delightful. It was witty, exciting and fun and when it came down to it, it went in a completely different groundhog day direction than The Next Generation episode, Cause and Effect had done. Even besting one of the best episodes of TNG.

In The Original Series, Henry Mudd was pretty much a comedy villain. He was designed to be nothing more than a figure of fun. And while in this episode he is still funny, he is also outstandingly greedy and vicious. He takes particular delight in exploring the 823 worst way of dying in space but repeatedly killing Captain Lorca on each loop. It did get quite funny towards the end, especially when Lorca is teleported into space.

What worked best about this episode was all the character work it did. And that is what it should be. Many of us can relate to Michael's predicament coming out of her comfort zone and enjoying a party with her work mates. And she also has to admit she is distracted by Ash Tyler. (Who wouldn't be!) Her reveal to Staments, that she has never been in love, this makes a lot of sense and there was an obvious comparison with the Space Whale they pick up. They are both so occupied with other pursuits, they have never found the time to find a mate.

But in the end, Michael made the ultimate sacrifice for Ash. She agreed to give herself over to the Klingons before she killed herself in a terribly painful way forcing Mudd to reset time for one last time.

It has taken me a little while to warm to Michael Burnham but this episode has helped a lot. I was already fond of Tilly and Staments. Tilly, while she is jokey is also serious and I am enjoying her developing friendship with Burnham because they are both such different people. And Staments was another highlight of this episode for me. The scene where the pair dance in the corridor and Staments tells Burnham how he met his partner was very touching. Though I did wonder what good it would do when time gets reset and Burnham doesn't remember anything.

Although Captain Lorca wasn't the real focus of this episode, I enjoyed how Jason Issacs dryly delivered his lines. Lorca shows complete disinterest in things like Space Whales. And how impressive was his war room? But it is a thing that keeps bothering me with each passing episode. While I understand how Mudd seems to enjoy killing people in temporary ways, what was Lorca doing with those little purple balls that kills people in the most painful ways possible?

I also liked how the conclusion of the episode was the use of the bridge crew with secondary computer systems that Mudd had previously ignored. Like the Captain's Chair. I enjoyed every version of the party in ten-forward and Ash's speech while wearing a necklace of flowers. And I loved the use of the music, from the hip-hop of the party scenes to Mudd blasting the bridge with Ride of the Valkyries.