Doctor Who: The Eaters of Light - Review 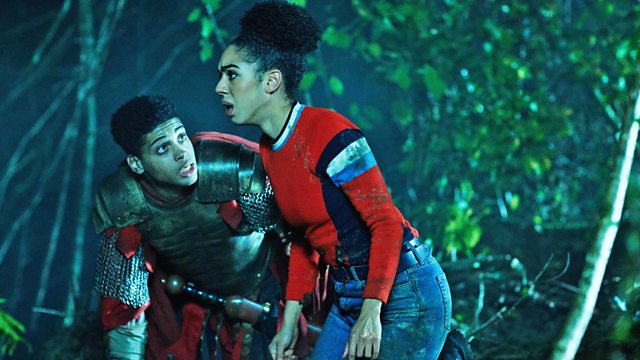 The Eaters of Light feels a lot like a throwback episode of Doctor Who, it really does have the feel of another era. Of course, that isn't surprising given that this episode has been written by Rona Munro, the first classic series writer to give us an episode in the modern era. Munro actually wrote the final story for the classic era, Survival, which featured Sylvester McCoy and Sophie Aldred in 1989. The overall retro feel leaves this episode open to the same criticism's as Empress of Mars but Munro has the advantage over Mark Gatiss - her first outing on the show was during a period of high experimentation. The show was dying and the producers were desperate to try anything to keep it from being cancelled. Survival was the last bid for the producers to add darker depths to the Seventh Doctor and his companion Ace and Munro gave us a story which did just that, while playing into larger arcs, leaving threads hanging for new arcs, gave us a more reflective look at younger people, a powerful villain and sets the story in places recognisable as modern London. The last few series' of Sylvester McCoy's era anticipated a lot of Russell T. Davies' innovations for the modern series which was brought back in 2005. 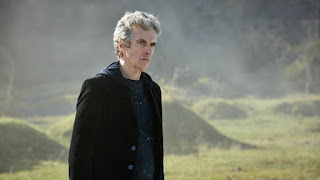 So perhaps it is easier for Munro to slip back into the show since nearly three decades have passed between Survival and The Eaters of Light but perhaps the biggest commonality between these two stories are something that the new series hasn't really touched from the McCoy era. Many of the Seventh Doctor stories are weird. They are full of frantic storytelling and a willingness to prioritise themes and big ideas over actual logic. And while there have been a few stories since the show came back in 2005 that have fit that bill, The Eaters of Light is the first to fully embrace that feel. We've got talking crows who adopt the name of a lost Pict warrior as their cry for all of time, there is the bizarre dynamics of an interdimensional gateway hidden in the cairn, the gateway can slow down time to such a point that you can still hear the soldier's battles two millennia later. The simple choice of time and place gives the episode a tremendous atmosphere with both Munro's script and direction from Charles Palmer helping us to really feel that this is ancient Scotland, found beyond Rome's imperial frontier and that it is really was the edge of the known world at that time.

But The Eaters of Light isn't just an exercise in empty eccentricity. Much like Sarah Dollard's, Thin Ice, this episode also looks at imperialism. Munro skilfully blends political and personal matters here, the Roman army is a weapon built entirely on overwhelming force but it is one that relies on thousands of scared teenagers who are set upon innocent farmers. The Roman Empire is terrible and vast but only really in aggregate and that reality makes the cowardice of the teenage soldiers all the more inevitable. And there never was an alternative but to attack, the Roman army was the biggest hammer in Ancient Europe and every problem almost always became the nail. And all these points come across a lot better because it isn't the Doctor who is making them. Instead it is up to Bill and later on, Kar, to diagnose the problems with the Roman worldview. But for the Pict, her wisdom is mostly painfully learnt, while Bill's insights aren't just learnt from the TARDIS or her time on board - but her perceptiveness that earned her a spot on the TARDIS in the first place. 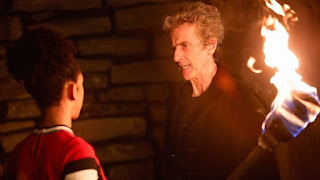 The story's most incisive moment comes when Bill leads the Roman soldiers into the meetinghouse, with this story being the one where Bill realises that the TARDIS translates for her. She does make up for being slightly slow on the old uptake as she never noticed the Ice Warriors' perfect English - by working out that the TARDIS does it telepathically, without getting any hints from the Doctor. And she is the first companion to hit on the deeper meaning of this, both the Romans and the Picts realise that they are all just a bunch of scared children once they start speaking the same language. When you think about such a moment would have played out had Stephen Moffat got his hands on this scene, Munro underplays the moment, deemphasizing the cleverness around what the TARDIS's gift means to the Doctor and his companions. A common language is no panacea - history's endless list of wars is proof of that - but it can provide a desperate reminder of common humanity.

And that this reminder comes from the show's resident alien is surely some kind of irony, one that sort of ties in with the Doctor's plan to sacrifice his future guarding humanity from the other side of the gate. That has been his lives' work after all. But it is in this final moment that Munro's script changes from elusive and thoughtful to a bit mushy. The basic idea is sound, but the way the gateway works isn't put across strongly enough for the Roman and Pict sacrifices to actually mean anything. If the Doctor had worked out that he could spend many more regenerations holding back the eaters of light, then how much could mere humans with short life spans really hope to accomplish? That might have been more navigable had the visuals been able to distract one from the script's weaknesses at that point. Both the gateway and the actual monster are Doctor Who CGI at its wonkiest and a slower and more meditative episode like this one could have really benefited from a strong climax but the cairn scenes fall very short in this regard. 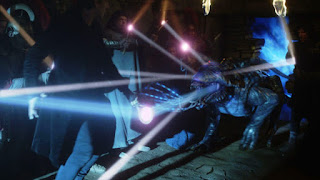 The Eaters of Light, like the rest of this series seems to borrow, possibly intentionally or unintentionally, from previous episodes. The village under siege feels like the one in The Girl Who Died and the Romans couldn't help but echo The Pandorica Opens. The critique of the Roman Empire built upon the one of the British Empire in Thin Ice, while the Doctor includes a speech along the same one as that of The Zygon Inversion. But perhaps the biggest episode to compare this one too would be Vincent and the Doctor, which was similarly slower paced and was a more thoughtful tale and was a story which got by primarily on its mood and emotion. The one real big difference would be that Vincent and the Doctor featured a fantastic performance from Tony Curran as Vincent van Gough and while the supporting characters in The Eaters of Light were fine, they weren't all that memorable. And Vincent and the Doctor made the monster blind and wounded which gave it distinct motivations that deepened the story somewhat but The Eaters of Light offers us a monster who is little more than a plot device.

At its best, this episode really does crackle with ideas, most of which are firmly rooted in characters and cultures - especially the scene where Bill learns her exclusive attraction to women makes her 'limited' by Roman standards. Of course, I will leave up for debate as to the veracity of that outlook, but it does work in the context of this episode. Where this episode struggles is in its attempts to attempts to bring these ideas together in service of a story that is greater than the sum of its parts. What is left is a bunch of thoughtful scenes which fare a lot better than many from the modern era. This episode positions itself as a mirror image to the previous one, Empress of Mars, whose chief thing was a lot of attractive elements. This episode was too lightweight for me to enjoy it as much as some others did, but it is the sort of undercooked material that I am more likely to embrace. And while The Eaters of Light wasn't what this series needed to return to the form it had in its beginning and while it isn't as high in standard as Munro's Survival, it is a welcome break from the norm...