Doctor Who: Nightmare of Eden - Review 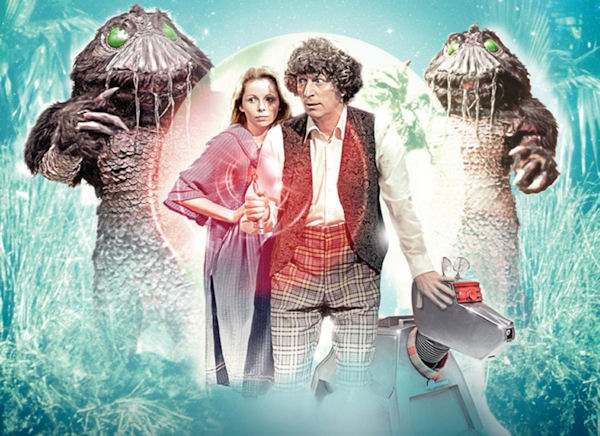 Ah, Nightmare of Eden. This is one of those stories which I actually enjoyed when I was younger. Now I'm older, I can see it for what it is, a story which showed off all the weaknesses of the Graham Williams era and none of the strengths.

This was the first story to submitted to the series by Bob Baker working as a solo writer. Now, I'm not particularly fond of the stories he had submitted before this when he was working with his writing partner, Dave Martin. But I am even less fond of him as a solo writer. As with all the scripts he worked on, there are some interesting ideas hidden under the eventual mess, which never reach their fullest potential. And even with Douglas Adams working at script editor at the time, while there may be the Adams' types of jokes, there aren't enough to really make the story bearable. 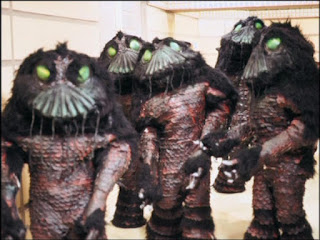 In the beginning, it looks like it is going to follow suit with the strange airport movies which were so popular in the late 1970s. The Doctor and Romana arrive on a spaceship which has collided with another and gotten tangled together. Sadly, behind the scenes there wasn't enough money to convincingly pull such an idea off. But I wish that this was this story's only problem. Tom Baker seems to be having a lot of trouble juggling the story's various plot threads as he can't decide whether the main focus should be about separating the ships, chasing drug-smugglers or dodging Mandrells.

Oh dear, the Mandrells. Now, one shouldn't really criticise Doctor Who for dodgy monster effects, there had been plenty of bad ones before this and afterwards. But the Mandrells hold a special place in bad monster design circles. Their heads aren't actually that bad I think the problem is when you look at it from the neck down. It is obviously someone in suit with flare trousers on. At the time, The Doctor Who Appreciation Society named them rejects from The Muppet Show. It goes to show how little they were liked!

But what really lets this story down is that there is no sense of peril. Lets not forget that there are literally thousands of lives at stake, but no one seems to be taking it seriously, including the leading man. Tom Baker was out of control by this point, a fact that is well known. If he didn't like a particular script, he would change it and he didn't appreciate directors telling him what to do. According to everyone involved in the production of this story, if you'll pardon the pun, it was a nightmare. Things went so badly that the director, Alan Bromly, walked out after a heated dispute with Baker. The whole production of this adventure was so sour that it was what made William's decide that he too would leave the show. Both on screen and off screen, this story could be described as nothing short of a nightmare...