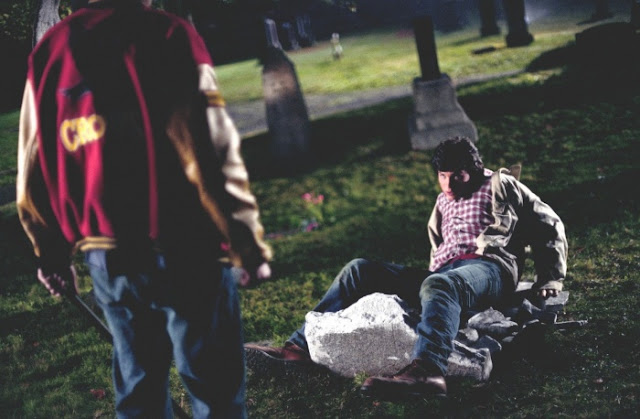 This was probably the first good episode of Smallville. We get out first truly creepy villain in the form of Tina Greer who becomes a shape-shifter who murders her mother and tries to become Lana Lang.

Clark also finds himself with a new and unexpected power in the form of his x-ray vision. The better written dialogue included some nice tongue-in-cheek moments. And then there is some much needed humour, with Clark's new found power allowing him an unimpeded view of Lana in the nude in the middle of the girl's locker room.

And it was nice to see that Lex is still obsessed with how Clark managed to rescue him on the bridge in the pilot episode. He has kept his wrecked car and files on Clark Kent and his family in a hidden room in his mansion. This obsession would be what results in him turning evil and drives the wedge between his friendship with Clark.

We are also finally treated to some nice character background for Lex, he has a juvenile record about something called Club Zero, something which would be explored later on in the series. But for this point in time, it was ambiguous, just a passing comment. While a record like that wasn't something that sets him up as a future supervillain, I guess it puts him on the path. Now if only Lana had a criminal record like that, it would be a real shock.