Doctor Who: The Mind of Evil Review 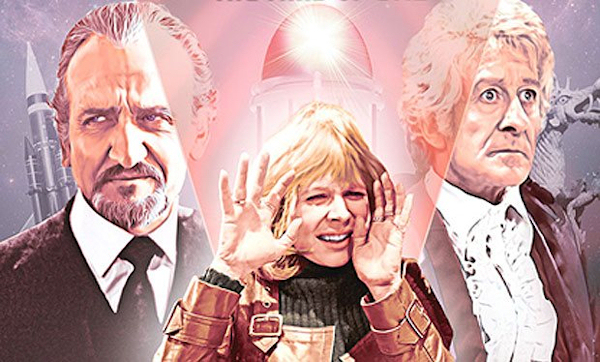 From 1971, this story was only available in black and white because the original tapes were swept up in the BBC destroying machine, when they were trying to make room for more 'important' programmes. When the video was released it was a mixture of black and white and the remaining colour segments. However, for the DVD release in 2013, the whole thing was re-colourised. Now we can enjoy this story how it was originally seen.

The Mind of Evil was originally based on the legend of Pandora's Box, a machine that can store people's greatest fears and use it against them when it wants to kill them. But of course, this box, or The Keller Machine is donated to a prison by the Swiss scientist Emile Keller. But Keller is the Master in disguise and the prison bosses use the machine to remove all the evil tendencies of selected prisoners. But the machine instead feeds on the prisoners and stores all their evil inside itself. It is quite a handy little invention as it can kill anyone with what they fear the most. Oh, and the machine can teleport itself. And then there are some prisoners who are planning to break out who are aided by the Master when he makes his presence known. When the Master takes over the prison, he uses the prisoners to help him in stealing a nuclear missile which is being transported to its eventual destruction by UNIT. And there is some other plot that focuses on a world peace conference.

There is a lot that goes on in this story but not all of it works or ties in well together. While the machine is at the prison and the prison is where the Master sets up his base of operations and plans on grabbing the missile, but the machine and missile storylines remain completely unconnected. When everything is done, it does appear that the machine is a hindrance to the Master than anything else.

What exactly he wants to do with the machine is never explained in detail and any plan that he may have had quickly goes out of the window at the end of episode 2 when it goes out of control, literally getting a mind of it's own. Ultimately, this story is about the Master wanting to get his hands on a nuclear missile and helping take part in a prison break. It is clear that, as the story continues, the machine becomes something of an elephant in the room as it doesn't in any way contribute to the plot but becomes the cliff-hanger to virtually every single episode. Really, the cliff-hangers demonstrate some pretty lazy writing but luckily, the music that plays whenever the Keller machine is in operation has gone on to be slightly iconic. 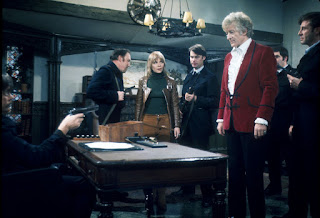 The prison break storyline is handled in a very British way. Nowadays, prison breaks are done all the time in American television, there was even a popular series built around the idea. But watching this story and a modern American one which features a breakout we can really see the differences. The British are quite polite about it all things considered. Alright, there is some pointing guns at each other and shooting people but they lock people up until they are ready to leave and bring them breakfast. There is one prisoner who stands out in this story and that is Mailer played to perfection by William Marlowe.

From the word go, you can tell that Marlowe is a baddie, he is a rogue and someone who has no problem in killing. But Marlowe plays it with a wonderful Britishness that you would have only found in seventies television shows. And he is clearly supposed to be as common as muck but he speaks more poshly that people do nowadays! His character comes across well in the scenes he shares with the Master (Roger Delgado) and The Doctor (Jon Pertwee). 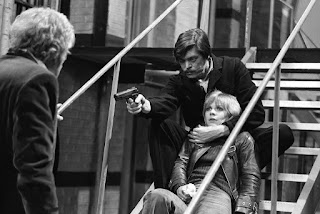 But despite the flaws in the storyline, there is a lot to enjoy here and that is mainly down to how wonderfully, the regular cast play off each other. Everything really works and comes across well, the Doctor and Jo continue to be a great double act despite this being only the second story that actors Jon Pertwee and Katy Manning had done. Pertwee also works well with the Brigadier and the Master. The Brigadier gets a lot to do in this story too and he plays well with Yates and Benton in particular. The Doctor and the Master continue to play off well with each other and you really get the sense that they are both supposed to be mortal enemies. Yet they can still work well when they are trying to stop the machine at the end of the prison storyline. You can easily tell that these two have a long backstory, one that, to this day, still hasn't been explored and rightly so, it is best left up to the imagination of the viewers what the relationship between these two is. Where they best friends. Or where they brothers to give just a couple of ideas.

So there is certainly a lot to enjoy here from a character perspective and some great guest performances. But on the plot front? Well, it leaves a lot to be desired frankly. This isn't the best of Pertwee's stories. But in no way should it be overlooked.

Lets all just to forget that dragon though!