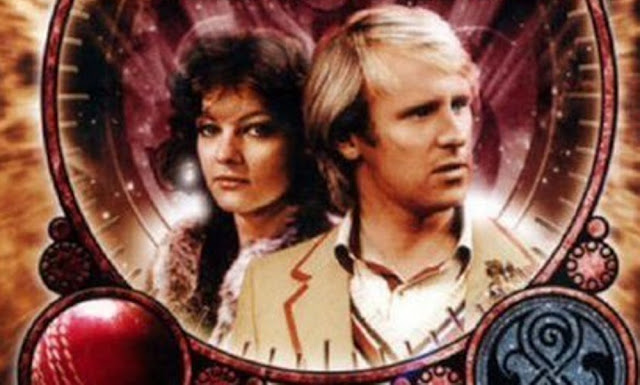 Circular Time is composed of four one part stories which loosely tied to the four seasons and what it delivers are four little nuggets of pure character study.

In Spring, the Doctor and Nyssa arrive on an alien world to find a renegade Time Lord called Cardinal Zero before he can change the timeline of the world he has settled on. However, upon their arrival, the Doctor and Nyssa see a few things that ought to be changed when they discover on this arboreal world the innocent are punished for the crimes of their guilty relatives. In the case of the Doctor it becomes personal when a young woman asks for his help as she is due to die the next day for a crime committed by her father and the whole adventure gets more personal when something happens to Zero that leaves Nyssa forfeit.

Big Finish has allowed Nyssa to become more snarky than she ever did on television, in fact, her whole character as been allowed to develop into a more wonderful character and it is a joy to here her again. Spring rattles along a good pace and manages to cram a lot of plot into a half hour story, in fact it might feel at times like a little too much plot and the story could have done with a longer time to allow it to develop properly.

In Summer its bad enough the Doctor gave Nyssa the wrong change but its made worse by his having done so in the presence of the Director of the Royal Mint, Sir Isaac Newton who certainly isn't amused and threatens to have the truth removed with pliers if the Doctor and Nyssa don't co-operate.

As with Spring, hefty humour allows a story full of danger the ability to breath and for it to sit comfortably in the mind with the inevitable, apple joke about Newton being a particular highlight. David Warner, a go to actor for Big Finish seems to relish the opportunity to play a slightly psychotic Newton.

After the humour spread across the first of the two CDS, disc two begins with Autumn which is more sombre. The Doctor is playing cricket but its not the usual holiday for him as the match isn't the usual pleasure. It has currents of racism and the anger of a man coming to the fore. And for Nyssa it is a reminder that times moves forward when you have a time machine and that she has grown enough for her first serious romance.

In Winter, Nyssa has left the Doctor after the story Terminus and is now living with her husband and baby but she has nightmares about the Doctor and the Master. Meanwhile, The Doctor is troubled by a blizzard around his farm which threatens to wake his sleeping children and there is something inside the white coffin, inside the barn. Then one night Nyssa's dream and the Doctor's dream join.

While some find this story to be the weakest of all, I find it to be the best of all which is set during the Doctor's regeneration during the events of Caves of Androzani. While this might be a 'fan pleasing' tale, may I remind you that to some extent all the stories are 'fan pleasing'.  I like the whole concept that this story is based on and find it extremely entertaining. In fact, while disc one was humorous throughout, disc 2 is, in my opinion, superior with it's deep and meaningful stories.

Overall Circular Time is an excellent addition that keeps the listener interested and involved but doesn't challenge them too much. It comes as a breath of fresh air and is perfect to listen to as the nights begin to draw in...