The magazine will be previewing the next four episodes of the ninth series, The Girl Who Died/The Woman Who Lived and The Zygon Invasion/The Zygon Inversion.
Also inside are the usual, Gallifrey Guardian, interviews, comic strip, reviews and other news! 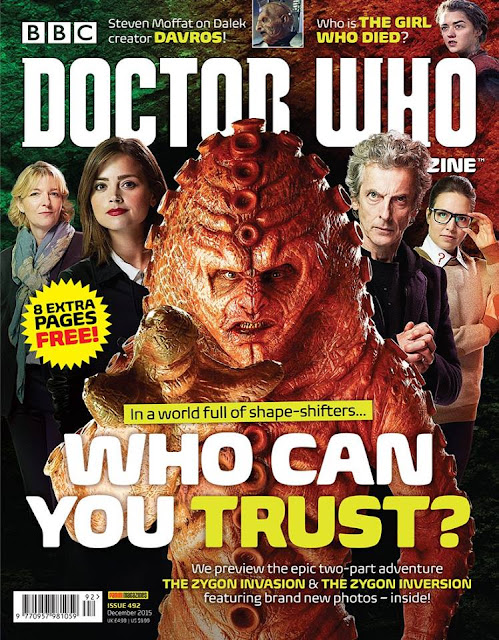