Doctor Who: At Childhood's End - Review 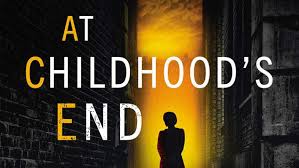 Ace is one of my favourite Doctor Who companions to have ever graced our screens. Rightly so, she is praised for being the prototype for the modern day companions. She was bold, brave and undoubtedly an action hero and played with a tomboyish enthusiasm from Sophie Aldred.

She was also one of only a couple of companions who never got an onscreen goodbye, this time because the show was cancelled in 1989. Had the show continued into the 1990s, she would have departed in one of the stories of that year, to be replaced by a professional cat burglar called Raine. Big Finish have done a departure story for Ace, adapting the Virgin Novel's Love & War, but At Childhood's End gives us another departure story for Ace as we learn what happened when she meets and teams up with the Thirteenth Doctor. And having been written by Sophie Aldred, it's probably the most canon-departure that Ace will ever be getting.

And we Doctor Who fans really love to indulge ourselves in some fan-service once in a while. And with the last series really playing around with continuity, what better time for this book to come out, a story that once again plays with continuity. In modern-day London, Ace or Dorothy McShane, her real name she goes by now, is the head of A Charitable Earth, an organisation she sets up and is established in The Sarah Jane Adventures, has been troubled by strange dreams, one where she is lost in a alien landscape. At the same time, a huge spaceship is coming into orbit around the moon, strange things are happening in London with people going missing, old friends getting into trouble and Ace has to team up with an old boyfriend to travel to the spaceship to find out what's happening. 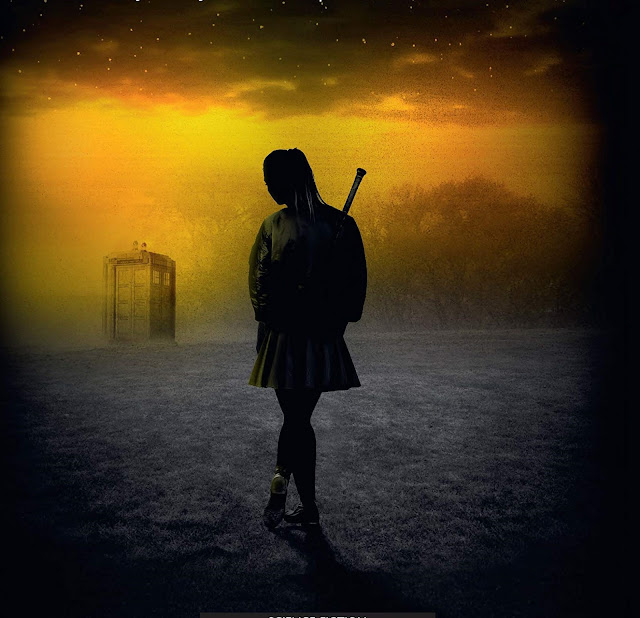 It's there she meets the Doctor again, but she Doctor has changed several times since Ace knew her and she's got her new companions, Ryan, Yaz and Graham in tow too. However, for Ace and the Doctor, there are still some raw emotions and wounds that need to be healed as the team find themselves caught in a centuries old war between the Astringer and the Wraiths.

For us long term fans, familiar with the original series, At Childhood's End is a huge nostaligia hit, with continuity references aplenty. Ace and her old boyfriend, depart in a rocket from the Space-Research Centre we saw in The Android Invasion. For modern-day fans though, there is plenty to keep them interested too, with the continuity references hopefully enough to make them go back and watch some of the classics.

Sophie Aldred isn't the sole author here though as closer inspection tells us that fellow authors, Steve Cole and Mike Tucker also worked with her to craft the story. As a result, the prose can sometimes feel a little off, never really sticking to one narrative feeling and can feel a little disjointed in places as a consequence. And I'm not sure the events for the Seventh Doctor, Ace and the Astringer would have been enough to make Ace leave the Doctor, but it still does the job nicely enough.

There is however plenty to recommend about At Childhood's End. Ace is all grown up and the Doctor has drastically changed from the master-manipulator that the Seventh Doctor was. And there is more than enough fun to be had as they have to deal with their issues to save the Earth.