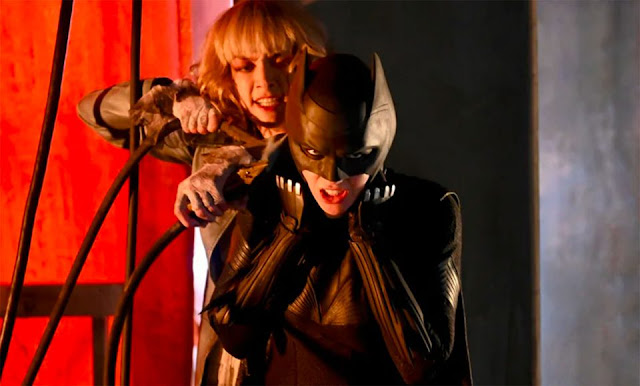 It's no secret that pilot episodes for many shows coming from the CW are notorious for being bad. They have to give us a character's origins, introduce us to the main characters, the plot and world-building has to be established and sometimes all of things don't mix to make a great hour of television. And to some extent, that is what happened to Batwoman's pilot episode, it was juggling too many things which could have been spread out across the first half of the season.

But what went right? Well, the first thing going for this series is the casting of Ruby Rose as the titular Batwoman AKA Kate Kane. While she still has some ways to go before she reaches the height of some of the other actors in these superhero shows, she does an excellent job here and carries the episode in every scene she is in. And while we don't see her in the iconic Batwoman suit, the suit she wears here, an updated version of the Batman suit is impressive. So winning is her performance that you'll be hard pressed afterwards to not feel happy that she's leading in the next wave of television superheroes from DC and the CW.

As with all these series, you've got to have you're Felicity, Cisco and Ray Palmer and for Kate, its Luke Fox. While he doesn't feature too heavily in this episode, I enjoyed his performance and he and Rose have a great chemistry. Though say what you will, I don't think anything will beat the chemistry between Stephen Amell and Emily Bett-Rickards as Oliver Queen and Felicity. Luke Fox introduces us to the first big change from the Batman comics with the Batcave being under the Wayne Enterprises tower, rather than Wayne Manor. But I suppose that its less of a risk of being discovered under the tower than it is at someone's home. 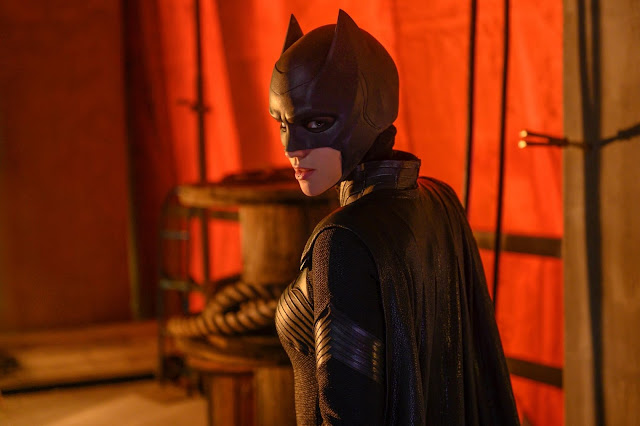 However, the rest of the cast felt like they were struggling to understand who their characters were. Kate's father played by Dougray Scott was incredibly wooden, though I did like Kate's step-sister Nicole, played by Mary Hamilton who juggled her character's dual personalities, socialite by day, and running an underground hospital to help the lost by night. She was a very interesting character and it seems to be setting her up to become someone important in the future.

I also really liked Rachel Skarsten as Alice. Skarsten once played Laurel Lance in an old series about the Birds of Prey in the early 2000s and later I loved her performance as Queen Elisabeth in Reign. She does a great job as Alice, even if she doesn't come across as anything other than a generic villain in this episode. But I know that she is going to be in the whole opening series so I look forward to the exploration of her character.

Of course, all this makes you wonder what has happened to the rest of the Batfamily. Is there not a Robin or Batgirl hanging around, or will they appear in the season going forward. And as good as Alice was, I'm really looking forward to seeing if we get any other classic Batman villains like the Joker, Riddler, Catwoman or Poison Ivy. While this wasn't the greatest pilot episode to have ever been given air-time, I was certainly intrigued enough to see where this series goes!