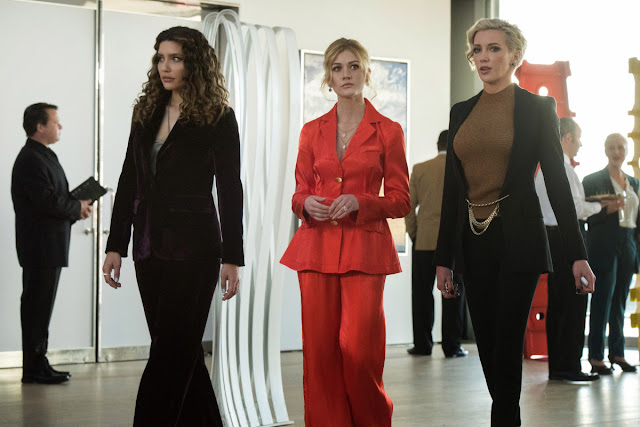 Over its eight-year run, we've had many episodes which promised the assembly of the Birds of Prey, most characters in the comics attributed to this team have featured in major roles in Arrow. But when news broke of the Birds of Prey movie, then we knew we weren't going to be getting a series about the titular heroes. However, the CW still seem to be happy to give us the series, just under a different title, Green Arrow and the Canaries.

I think it was pretty obvious that we were going to be getting an episode in this season that worked as a backdoor pilot to the new series coming out soon. But I don't know why they put it this far to the end and I'm not sure it was the kind of episode I wanted. I might have appreciated it a lot more had it taken place earlier in the season, so we know where some of these characters are going to be going in the future.

And now, a few days after I watched this episode, I still don't think I'm wrong in my assessment. Crisis on Infinite Earths offered the showrunners from across the Arrowverse to change things up and while some changes I've really liked, some have left me feeling a little confused.

The first change is having Mia Queen take up the role of Green Arrow. She doesn't come with her father's emotional baggage and she isn't the billionaire brat or the murderous vigilante he could be at times. This probably makes her much easier to write for too. Her whole character arc across this season of Arrow has been about finding herself and her role in the world, rather than someone in need of redemption. 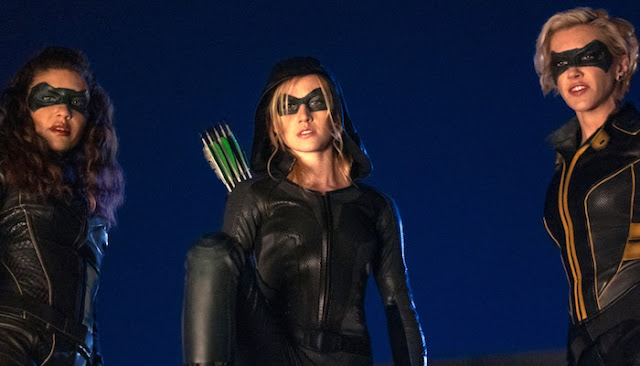 Alongside Mia's new storyline is a new tone and glamour to the series. Gone is the dark and broody Star City as this series will take place in 2040, where crime has been wiped out. I was also delighted to see the return to Queen manor, bringing back much of the stunning interiors I loved through the first couple of seasons of Arrow.

We also get a new cast of characters, well, old characters who are still young is probably a better way of putting it. We've got Mia who we learnt a lot about over the course of this season, Laurel Lance who was brought to 2040 by the Legends on the Waverider. This alternate version of Laurel Lance has been a favourite character of mine in Arrow for many years, mainly because, while she is still seeking redemption for her past actions like Oliver was, she doesn't have many of the moral graces he did and doesn't think about the consequences of her actions. As a result she is much more reckless and throws herself into things rather than putting some thought into them first.

And then there is the former SCPD Captain Dinah Drake who has brought to 2040 from 2020 under mysterious circumstances. This was probably a creative decision to negate having to spend hours in the makeup chair to make Dinah look older, but its still a bit of a strange element of the episode. Of course, this will probably be explored in the series proper, not the backdoor pilot, but it was certainly a confusing choice.

However, I've also always liked Dinah who isn't as different from Laurel as she would like. Despite both having Canary-Cries, they have both felt the need to seek redemption over the years, and many of Dinah's solo-crime-fighting wasn't within the law.

What this episode did have going for it was that it was peopled with character's we've known and loved across the last few years, even down to the secondary characters like William, JJ and Connor. And I'm interested to see who the individual was who woke JJ up to his true nature as a future Deathstroke. 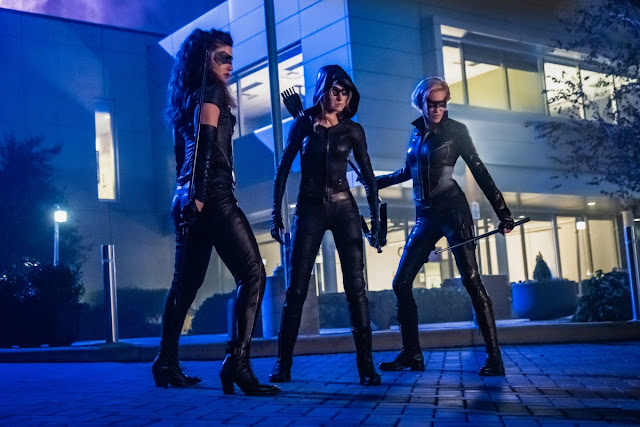 As this took place as an episode of Arrow, I couldn't help but feel a little disappointed. But there were certainly plenty of things to keep the debut season of it interesting should it definitely be picked up including the kidnap of William, what happened to Diggle's sons, why Connor is an alcoholic and drug addict and what JJ is going to do with the knowledge he is the future Deathstroke. And just what happened to remove Dinah Drake from history and deposit her in 2040.

You might have guessed that my feelings were very mixed on this episode. On the one hand I did enjoy it and am looking forward to the spinoff show. However, this close to Arrow's finale, literally the next episode, I'm not sure Green Arrow and the Canaries was what I wanted when we could have seen what happed to Star City in 2020 post Crisis on Infinite Earths...