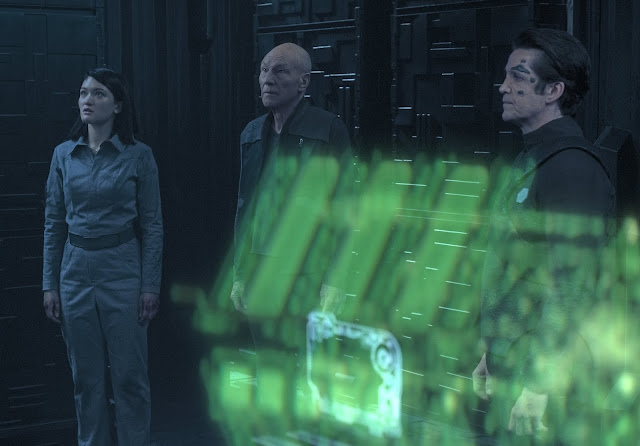 The Impossible Box makes it clear right of the bat that this mission Picard is on, concerning the twin androids, Dahj and Soji will tie right into his past experiences as Locutus when he was assimilated by the Borg. It also sees his team trying to get to the Artefact, and sees the actions of characters for several episodes begin to pay off.

Really, its only been the first episode that saw some action pieces with the following episodes giving us plenty of exposition and character development. Luckily for us, this episode, only four away from the finale, begins to pull different threads together satisfactorily.

The Romulans have been used very interestingly for this series and their plans have followed a complex path, one that is almost in-Romulan. I don't think in any of the other series', the Romulans would have been this gentle with a person of interest, they'd have run in phasers-blazing and got answers by any means necessary. Narek seems to be the exception to that rule. While he's no doubt evil, the way he is getting the information they need is much gentler than they would have done in the past. While this could be viewed as a much worse way, he sure makes a difference than giving us another Picard/Cardassian epic! 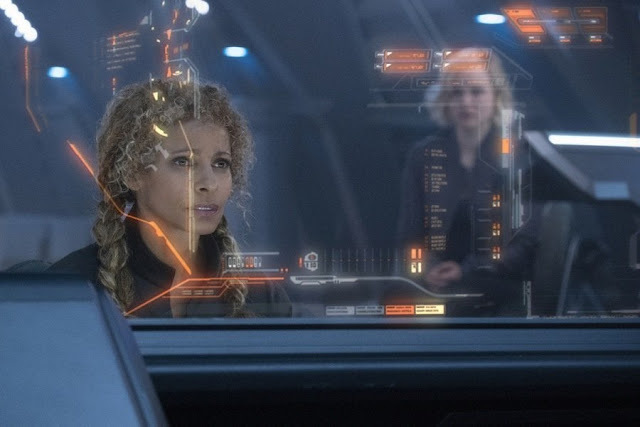 Soji is finally discovering her strange abilities thanks to her android heritage and finally activates at the end when Narek tricks her into uncovering her past. Her path of following destruction eventually leads her to Picard and Hugh who then both have to face their fear of the Borg by entering the Borg-Queen chamber and activating the cube to a certain degree.

This was also an episode that made sure each one of Picard's new crew got something to do. Raffi bluffs and bribes her way into getting diplomatic immunity for Picard and Rios showed a softer side to Raffi and Agnes. It still feels completely different to the crew from The Next Generation though, given how close that crew was, each character here feels very lonely.

Patrick Stewart knocks his performance out of the park yet again when he approaches the Borg Cube. The blink-and-you'll-miss-it flashbacks to his encounters with the Borg were a cool inclusion and it was fun trying to work out which episode the different clips came from! The pain Picard must be feeling was palpable and his reunion with Hugh, someone else who escaped the Borg was heart-warming. But it again served to show us how different this crew is to his old crew. None of these crew-members were there when he was assimilated, therefore none of them know truly what he went through. 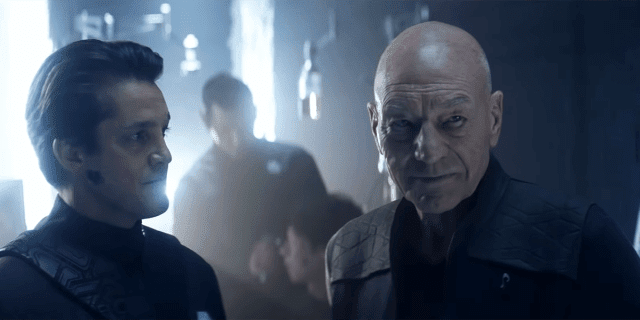 Picard's pain is then cleverly mirrored with Soji's. Whereas Picard had everything taken away from him, Soji finds out everything she's been given is fake. It's fun to see Soji and Picard's paths on the Borg Cube finally crash together and Picard finally goes into Picard-mode, telling her everything is going to be alright and she needs to deal with it, when Soji is only 37 months old in reality. It'll be interesting to see that relationship getting explored as the series comes to its finale.

With Picard and Soji departing through a transporter-device to Nepenthe, leaving Hugh and Elnor deal with angry Romulans, Raffi, Rios and Agnes stuck in a Borg tractor beam, things seem bleak for every member of the series and with Will Riker and Deanna Troi returning in the next episode, can we expect these threads to be wrapped up soon?