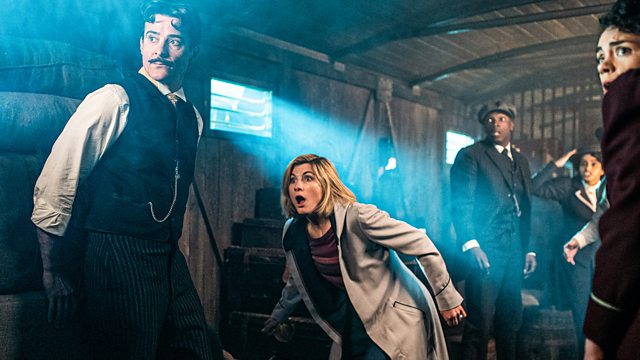 For many people when they are trying to find a scene where Jodie Whittaker's Doctor seemingly came into her own was when she made herself a brand new sonic screwdriver out of junk in her debut story, The Woman Who Fell to Earth. To the viewing nation, this seemed to imply that she would be a tinkering-Doctor, she would build or make things like Jon Pertwee's Third Doctor. Instead, that aspect of her character seemed to fall by the wayside. So what better way of getting that aspect of her character back than by sending her and the TARDIS gang back in time to meet perhaps the greatest inventor of all time, Nikola Tesla?

Looking at this episode, compared to the previous outings like Rosa or Demons of the Punjab, Nikola Tesla's Night of Terror, feels like a much more standard affair, harking back to the time when the modern era Doctors would meet a historical celebrity only to find out that aliens were trying to kill them. And while this episode, from author Nina Metivier does feel a much more standard affair, it still manages to be an episode that speaks as to much to the past as it does the present. This episode doesn't shy away from the fact that Tesla appeared to dream up the 20th century and beyond, but the episode also doesn't shy away from the fact that Tesla is still much more likely to be known by his name rather than any work he actually did. 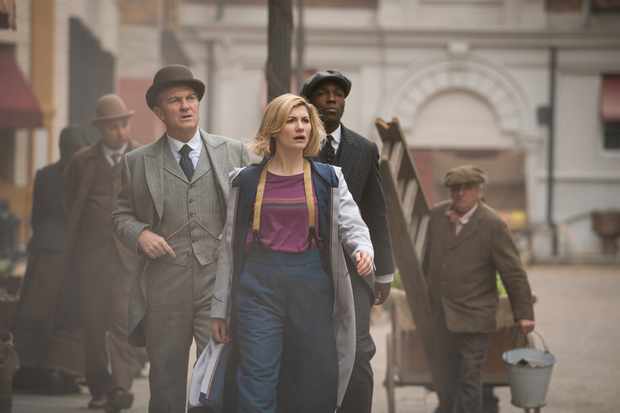 Given this is a Doctor Who story, Metivier rightly decides to focus the episode around the fact that Tesla had received and sent radio signals to Mars, something he did in real life. While in actuality is was more likely to be an interception of radio waves from another wireless inventor, here Tesla has actually opened up communications of sorts with the alien, Skithra. The Skithra are scorpion-like creatures who steal inventions and items from other species and Metivier makes sure to parallel them with the other historical celeb here, Thomas Edison, who never actually invented anything, just stole ideas from other geniuses and palmed them off as his own. As Tesla is one of the greatest inventors ever known, the Skithra decide to kidnap him and force him to work for them. Only when the Doctor gets involved, everything quickly begins to unravel.

Following on from her ordeals in Spyfall and Orphan 55, the Doctor does get a couple of nice emotional beats here, especially when the Skithra Queen asks her if she's seen any dead planets. She will when she's finished with the Earth. Of course, the Doctor has seen the destruction left behind on Gallifrey thanks to the Master. The Doctor offers the Skithra one chance to retreat, of course they refuse and so the Doctor destroys them entirely, making this the most ruthless the Thirteenth Doctor's been to date.

The Skithra actually made for some quite good monsters of the week. The Queen, played by Anjli Mohindra, who was also Rani in The Sarah Jane Adventures was particularly good. The managed to hit the right spot between scary and camp, though I did feel there were a few times when they really outstayed their welcome a little. I would have been perfectly happy to swap some of the monster scenes for some focusing on Ryan and Tesla's secretary, Dorothy, who both had interesting things to say about being the companions of geniuses. But it was still fun to see one of the best action sequences of the Chris Chibnall era when the monsters chased Yaz and Edison through the streets of New York. 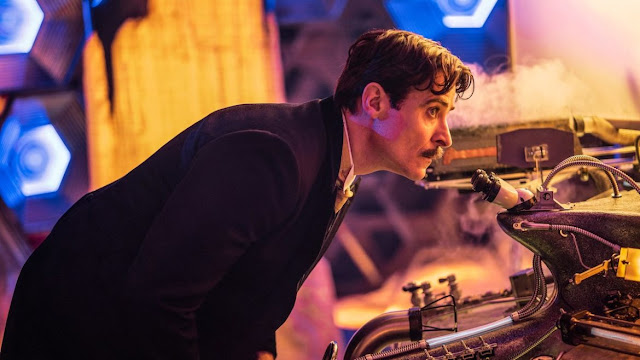 But Nikola Telsa's Night of Terror isn't just about aliens trying to kidnap and inventor. It has elements of science, fame, futurism and rivalry. As I said above, the Skithra work as a perfect metaphor for Edison, who he too stole ideas from other investors. There is though a dramatic irony in the fact that the companions knew more about Edison than they did Tesla.

And while he largely comes across as a bully in the opening segments of the episode, Edison does get a couple of more humanising moments. Firstly when he discovers the entire staff of his factory have been cruelly murdered and then its his fearmongering propaganda that manages to clear the streets and save everyone from being murdered by the Skithra. And there is also a lot of truth in the fact that Edison says his factory of ideas, one place where many inventors and futurists can come together is the greatest invention that he or Tesla could ever come up with. As a result, this episode portrays Edison as a little more of an antagonist rather than a fully-fledged villain and so it is fitting that the episode ends with him in the knowledge that the Skithra wanted Tesla's mind and not his.

As the title suggests though, this is an episode which belongs to Nikola Tesla and actor, Goran Visnjic does an amazing job in the role. He can easily join the likes of Tony Curran and Vinette Robinson's performances as Vincent Van Gogh and Rosa Parks respectively. He downplays Tesla's own accent and gives Tesla a kind of dreamy-like quality that shows us Tesla wasn't someone who lived in exactly the same world as everyone else. 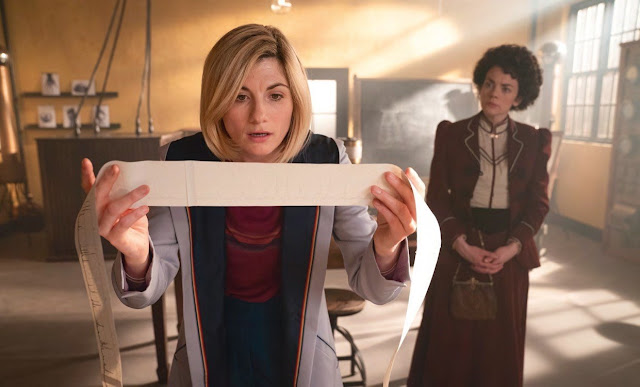 Tesla is far from perfect though as he doesn't write down his ideas, just keeps them in his head and has a terrible sense of business and how to use funding as well as self-preservation, things that in real life, left him die penniless, something that even this adventure with the Doctor won't change for him. But this episode also shows that Tesla's mind would live on and a lot of his inventions, like the idea for Wi-Fi would eventually be brought into existence. As a result, he joins the ranks of historical personalities like Vincent Van Gough, who would have to wait centuries for their genius to really be understood and admired.

As this story progresses, Tesla clearly becomes a metaphor for the Doctor as not only are they both inventors they both know what it feels like to be outsiders. The Doctor is a Time Lord who chooses to stay on Earth while Tesla is a Serbian who the American public like to use against him and as a result this story also features elements of America's long history of their anti-immigrant sentiment. But no matter how clever the Doctor and Nikola Tesla are, they both share a sense of isolation and loneliness.

Nikola Tesla's Night of Terror is a success all-round, from its strong script, pitch-perfect performances and stunning period costumes. Its a thrilling hour which also has a quiet sense of poignancy that fits in with the best episode of this era. Tesla and the Doctor are both advocates of change for change-sake while the story doesn't shy away from the idea that mankind's greatest leaps have been taken during wartimes. And for every alien species like the Thassa, who send out orbs so their race will be never be forgotten, there will always be a group of Skithra who will want to harness a genius for their own villainous ends. It certainly shines a grim light on reality but its a light that makes our societies greatest dreamers that little bit more special.