Doctor Who: Fugitive of the Judoon - Review 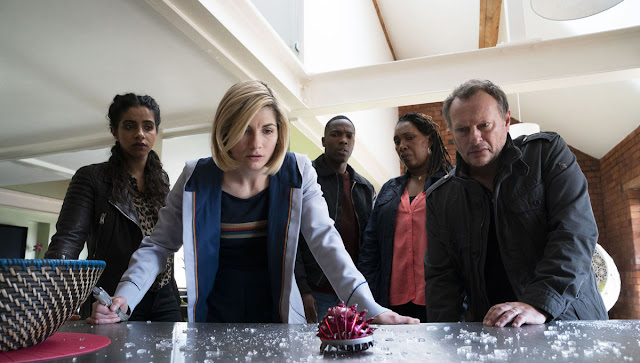 In the modern era of the show, it seems that the premieres, finales and mid-series episodes are moments for the production crew to deliver some game-changing information about the show's mythos. And while many viewers were ready to see the return of one of Russell T. Davies most iconic creations, the Rhino-headed Judoon, I don't think anyone was ready for some of the questions this episode posed. In many ways, Fugitive of the Judoon might go to rival the likes of The Name of the Doctor and The Day of the Doctor, in terms of game changing reveals and given how much happens here, it isn't even really the appearance of Captain Jack after a 10-year absence that many people are still talking about, its the appearance of an old (new) face. One that belongs to the Doctor...

I don't think this new incarnation of the Doctor could have asked for a better debut, played by Jo Martin, Doctor Ruth begins the episode as a struggling tour guide in Gloucester before becoming the authoritative and previously unknown version of the Doctor. It's not the first time we've had massive retcons like this, The War Doctor was a previously unknown incarnation of the character during the Time War, played by John Hurt. But here the inclusion of Doctor Ruth feels a lot more substantial, especially because this does seem to be a real game-changer for the Doctor. Why doesn't the Thirteenth Doctor remember her? Are we going to learn about any more secret incarnations? And just how bad were things on Gallifrey for the Doctor to use the Chameleon Arch to forget she is a Time Lord?

Right off the bat, the episode uses the return of Jack, the Judoon and Ruth's husband Lee, to distract us from the mystery that is about to unfold. Even now, a few weeks on, I think many people are still trying to process what they saw here, as there is also the mystery of the re-destruction of Gallifrey. 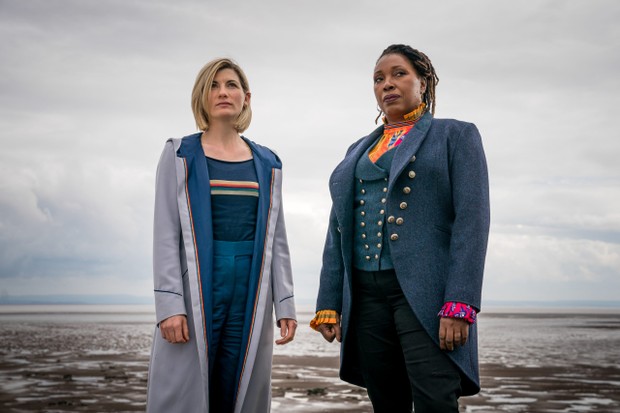 What you really begin to feel as Fugitive of the Judoon picks up the pace, is a sense of anything might happen. That begins with the appearance from Captain Jack, but kicks up a gear once the Doctor finds a buried TARDIS in the land around Ruth's childhood home. Of course, the clues were there all along, we've got a fob-watch, which the Tenth Doctor used in Human Nature/The Family of Blood, as well as the Master in Utopia, and the line about Lee being a 'faithful companion'. While I was watching the episode I will admit to wondering if Ruth was going to be the Rani, but I couldn't believe it when she smashed the glass like she was told and Time Lord energy rushed back into her. Its hard to believe this show is still capable of sticking in bold twists like this and seeing Jo Martin walk across the front lawn and announce she is the Doctor was thrilling.

I would be much happier though if we find out she's a future incarnation of the Doctor. The Thirteenth Doctor's confused as to who she is so she's certainly never been her before, but Ruth doesn't known who the Thirteenth Doctor is. I don't want her to be a pre-Hartnell incarnation. I wasn't a fan of the War Doctor in Day of the Doctor, so retconning the Doctor's previous incarnations like that again, isn't a concept I would be too happy with. Perhaps the biggest concern here is that this is Doctor Who trying to justify diversity and so getting out of having to cast diversely in the future. With this being the first person of colour to play the Doctor, I'm hoping she'll come back and get a lot more screen time!

But these are concerns to be seen answered in the future. Perhaps the biggest concern for now is that I'm sure Chibnall really got the dynamic between the Thirteenth Doctor and Doctor Ruth right. Every time different incarnations of the Doctor have met there has been a degree of rivalry but Chibnall seems to write this as if these interactions have never happened before. The declarations that Doctor Ruth can't be an unknown version of the character from the Thirteenth Doctor seem very strange when unknown Doctors have crossed paths with established ones before. This element of the story might have worked better had Doctor Ruth said she's a future incarnation and the pair are excited at first but quickly grow distrustful of one another. It just felt like we were missing some of the usual fun of different incarnations meeting, which is usually a hallmark of crossovers like this. 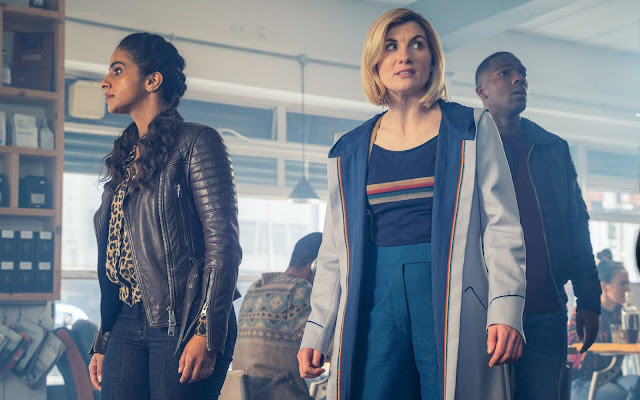 However, maybe this is exactly the point as its clear that Doctor Ruth has lived a very different life to any of the other Doctors. She seems to have been a conscripted soldier for Gallifrey and things only get more complicated and interesting when we meet this Gallifreyan, Gat, and Ruth's Time Lord companion, Lee. And though they both end up getting killed in the episode, I wouldn't be surprised if they either turn up again or their importance is revealed later in the series.

And with so much going on here, there is a risk that Chibnall has overstuffed the episode. One could actually look at the last five episodes and wonder if all the call-backs and returning characters are a bit of a panicked course correction for the series, as it went so far out into left field in the last series. However, hearing Jack's warning about the Lone Cyberman, seems to promise that this series is going somewhere and doing something. The Doctor sums the series' mystery up perfectly in the final line, "Time is swirling around me. The Master, Captain Jack Harkness, Ruth. Something's coming for me, I can feel it."

I'll admit, this isn't a ton to go on, but it does imply that Chibnall is finally showing us the larger game at play, rather than attempting to please fans with a bit of fan-service. This episode also takes the time to look at some different aspects of Jodie Whittaker's Thirteenth Doctor as we learn she has been looking for the Master while her companions are away. She's also been visiting the ruins of Gallifrey, and her experience with Ruth causes her to snap at Ryan, telling him that he and the TARDIS team, know nothing about her, because she is an alien who can regenerate and lived for over two-thousand years, while he is a mere human. She isn't wrong, but it is a nice way of developing her character, giving her a little bit more of the 'Time Lord rage', that the modern Doctor's have had over the years.

But the ending of the episode shows us what is perhaps the biggest problem with Chibnalls era and that is the relationship between the Doctor and her companions. The Doctor's grim mood is far too easily lifted by a speech about how this TARDIS team is a family. And if we are being led to believe that Graham, Ryan and Yaz are by far the most important companions of all time, then we need to start seeing that in future episodes, because while Fugitive of the Judoon might have been excellent and sets up a promising series-arc, this era is going to start needing some emotion if Chibnall ever hopes to stick the landing.