I Know What You Did Last Summer - Review 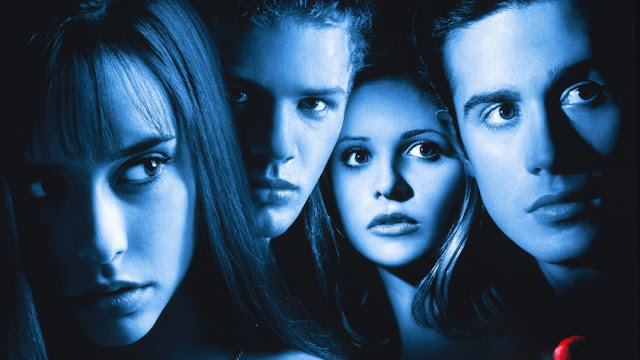 I know that I Know What You Did Last Summer has never been regarded as one of the best slasher-horror films of all time. So when I found the DVD for cheap and decided to pick up for a matter of pence from a used-DVD store, I was pleasantly surprised when I watched it. I actually enjoyed it very much, the performances are excellent from the whole cast and the final acts features one of the best chase sequences I've ever seen and the suspense is held throughout, something that isn't very easy to do.

Looking around online, it is clear that isn't much love for this film with viewers taking to sites like Rotten Tomatoes to slag-it-off, and I can agree with some of its critics. But in no way is Last Summer as bad as the sequel we didn't need and I found that film a very slow watch, even if, again, I was impressed with its third act. 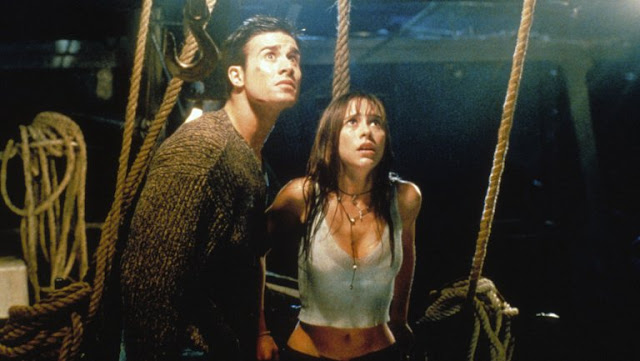 Perhaps the biggest problem with IKWYDLS is that it came out far too close to Scream, being released a year afterwards and indeed, this movie is quite self-aware. As a result it joined the ranks of other 'copy-cats' including Urban Legends, Cherry Falls and Halloween H20. And too some extent this is true as the writer for Scream also wrote the script for this movie and we know that he likes to borrow and steal ideas and themes from himself. But also I wonder if this movie would have been better received had it come out sometime before or after Scream. I think it might have been.

Maybe this would have been slightly better had been a straight adaptation of the 1973 novel of the same name instead of the writer trying to shoe-horn slasher elements into it. Also the director, Jim Gillespie has gone on record saying that he was never interested in the slasher elements and for a film that was stupidly labelled, 'too intense for kids', there is no gore in it at all. We've got a bit where Helen dies and we see blood on her hands and a scene were Johnny Galecki gets a hook under his chin where the camera cuts away before we can see anything. Certainly not anything like the lingering shots of the Halloween or Friday the 13th franchises.

A criticism of this movie that I disagree with is the reveal of the killer. While it isn't as bad as the reveal in the sequel, people complained that this one came out of left-field. But that is what a good surprise is supposed to do. The fact that we've never met the killer before does make the impact a little loose but its still a good moment. Perhaps the biggest problem is that the killer wasn't who people thought it was.

But go on and give I Know What You Did Last Summer a go, you might just find yourself being very surprised. Just ignore the two sequels!