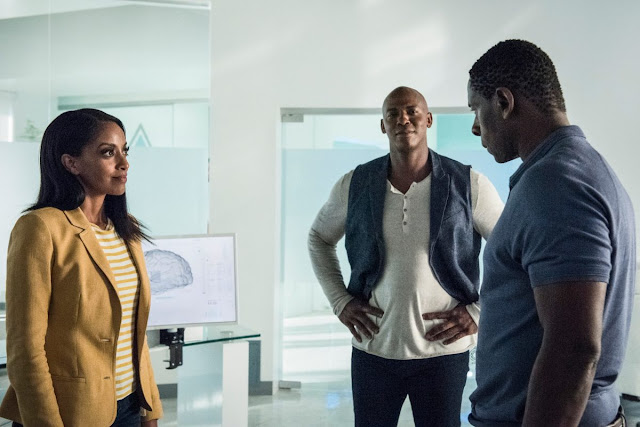 Lena is planning something and in typical Luthor fashion, that means it won't end well for anyone else.

The title of this episode, Stranger Beside Me, follows the Supergirl tradition of naming episodes after books or sayings with this one, not only telling us what will happen in the episode but also playing with the title of the book about Ted Bundy; 'The Stranger Beside Me'. Luckily though, Supergirl features no sexual violence, though this episode does feature people not really knowing who is standing next to them.

The episode opens with two new couples still trying to get to know one another, Alex nearly kills her girlfriend Kelly because she doesn't realise she is allergic to blueberry's and she tried to get her to try some blueberry pancakes. And then there is Nia and Brainy, when Nia tells him she likes sushi, so Brainy sends 35 boxes of sushi to her desk at CatCo.

J'onn is also fighting a stranger literally and metaphorically. He now knows that his brother is alive though he wiped all memories of him because of the role he played in the Martian civil war. But in doing this J'onn finds out it isn't only his brother he has to fight but also himself. When working with Kelly, he discovers that parts of his memory have been wiped clean and that he is a stranger to himself. J'onn's brother Malefic is the main antagonist of this episode. And as Malefic is a shape-shifter, he disguises himself as both Alex and Kelly and both sides of the real relationship have to work out who the real one is at one point in the episode, in turn learning more about each other in the process. 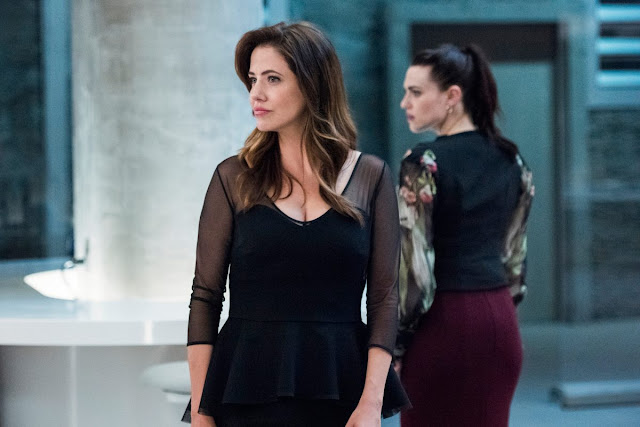 We also get to learn some more about the new CatCo employee, William who has completed some of Kara's work for her when she has to fly away. Following Kara to the sewers he then encounters Supergirl and while the writers didn't out-and-out say it, I think he's worked out that Kara is Supergirl. Also there seemed to be a bit of chemistry between the pair and while I still hope that Kara will end up with Mon-El, I think that has grown increasingly unlikely. But with a little more screen-time for William, I think that he might be a good pairing for Kara!

But Lena is still simmering some resentment towards Kara who has lied to her for years and as a Luthor she is taking her revenge out in the most twisted of ways. She has kidnapped Eve, who we last saw on the run at the end of the last season and who betrayed Lena in the previous season to her brother Lex and Lena wants to perform experiments on the brain to make people morally better and she is using Obsidian tech to do it.

Lena doesn't care for Eve and plans to use her as a test subject but Eve changes enough for Hope to inhabit her mind and change her. It is an interesting parallel to how social media changes people and almost forces people to be the same as each other. It also opens up the question as to whether free will is really free or if we are all being controlled and I hope the writers continue to explore that side of the story throughout the course of this season.

Overall, Stranger Beside Me is another solid episode, even if it lacked the fast-paced momentum of the previous outing. It poses a number of interesting questions and puts many characters in some moral positions. I still think the Hope Interface will become the big-bad for the season but I might be surprised!