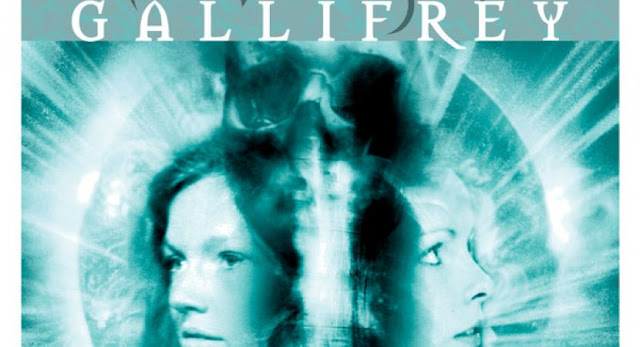 As one might expect, Leela and Romana's holiday goes just as swimmingly as expected.

Following on from  Lies, where Romana was locked out of the Matrix by an entity that wants to kill her, Spirit sees her and Leela going on a girls-holiday and this audio gives them a bit of a break before the rest of the series sees all hell breaking loose. And of course their relaxation is interrupted by something not-quite-dead turning up to spoil things.

Both Louise Jameson and Lalla Ward have said that Spirit is their favourite Gallifrey audiobook to do and listening to it, it isn't hard to understand why as much of this one is just one brilliant character study between the President and the Noble-Savage.

The Gallifrey range also addressed what the terrible ending for The Invasion of Time never did; What keeps Leela on Gallifrey? How has it changed her? Who can she trust? Does she still love Andred? Can we really trust Romana?

Meanwhile, Romana continues to display some of that sparkling personality she had on television and this is the last attempt to show us her character before the series goes down some very dark paths. But this isn't just an audio adventure with a talking heads format, Dravidia 7 is quite a vivid planet and there are some quite graphic and disturbing moments concerning 'The Broken Man'. Apart from him and a couple of minions who turn out to be much more like characters than they initially appeared, this is a very good two-hander.

This also has one of my favourite Lalla Ward moments, where Romana breaks the window and at times, one might wonder if the pair are going a little too over-the-top, but I think it all works quite nicely. Overall, this is another fun entry to the Gallifrey range.