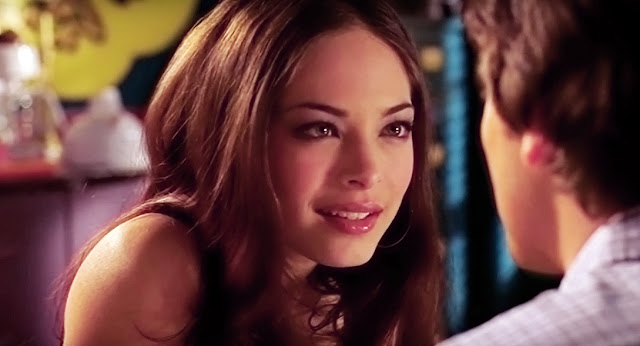 Nicodemus is a fun episode, perhaps the first time that the cast are allowed to let their hair down in the debut season and series as a whole, Nicodemus, the titular flower feels though a little less Little Shop of Horrors and more This Side of Paradise from the original Star Trek series!

A lot of the cast who were normally straight-laced get to have the most fun here though. Who wouldn't like Jonathan getting drunk, coming onto Martha in front of Clark and then belching in Lex's face? Its hilarious! And Lana actually gets quite interesting, stripping down to her undies and trying to seduce Clark because she knows he has a crush on her and then trying to seduce Lex too was an interesting twist. Kristen Kruek is definitely a better actress when she gets to play the bad-girl.

There is also a nice little fake out in the end but one wonders if Clark was a little too-super-powered in front of Lex? Lex continued to be both bad and good, lying to Clark about Dr. Hamilton and the Nicodemus flower but not letting into his urges to take advantage of Lana. And he did force Hamilton to find the cure for the flower. But it would have been quite interesting to see what happened if he had gotten hit with the spores too.

And we get a little character development for Pete Ross in this episode too. We find out how deep his hatred for Lex goes and the fact that he has a serious thing for Chloe!