Doctor Who: The Devil Goblins from Neptune - Review 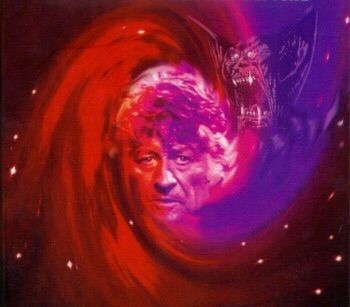 This is a book that is just dying to be called Doctor Who and the Devil Goblins from Neptune. While Terrance Dicks had no hand in its writing, it reads like one of his Target novelisations. It is a style that is both pulp-scifi and one that engages the reader into the world of the Third Doctor and UNIT. If Season Eight had kept Liz Shaw on as companion and still seen Mike Yates joining the UNIT family, this is the type of story that would have been made. It has a nice mix of espionage and alien intervention, threats from another galaxy, communist spies, traitors and some nice banter from our main characters. Authors, Kieth Topping and Martin Day are writing a love letter for everything about the Third Doctor's era on the show. Kicking off the Past Doctor Adventures range of books, The Devil Goblins from Neptune sets the bar pretty high for the rest of the range.

The plot is split into seven episodes. On television, there never was a bad seven-part story. The opening parts of the book see the Doctor investigating strange lights in the sky. He has to contend with a load of drugged up hippies and soon he is the victim of a failed kidnapping attempt from the Russians. The rate the whole things happen is astonishing and it gives UNIT a time to shine when they come in to rescue the Doctor with all their military might. But then there is a bit of a tonal whiplash with the Doctor, Liz and Yates being sent to a party for one of Liz's Cambridge friends. Then they get kidnapped by Russians, UNIT traitors are revealed and then the titular Devil Goblins or the Waro as they are called, invade but are defeated. While the novel takes some time to start and some time to end, the middle part is the best, moving along at a real pace and keeps you interested. It is miles ahead of Martin Day's previous disaster, The Menagerie.

Even in 1997 when the novel was published, doing something where the USSR where protagonists was always going to be controversal. And Topping and Day don't make it out to be a great regime, in fact, they do just the opposite, taking great lenghts to show how terrible it was. The main character in this respect is Major Shuskin, a Russian Soviet who is in the same vein as Diana Rigg and Honor Blackman, a woman who do anything to get the job done and is fed up with the conspiracy around Geneva, UNIT and the Waro. She is fed up with the chauvionism shown in UNIT and Mike Yates doesn't take her seriously but is easily seduced by her femine charms. She also isn't above using her sexuality as a weapon to get what she wants. Luckily, the Doctor takes her as seriously as he does Liz does. The spotlight is taken away from the Brigadier in the first chapters of the book and he gets to be the action man seen in stories like The Ambassadors of Death. It also benifits his character that he doesn't have the emotional character baggage he did in The Scales of Injustice.

What I also enjoyed is that Benton and Yates seem to have some kind of strange bromance through the pages of this novel. It is a hilarious take on two UNIT officers trying to do field work, going undercover with a bunch of hippies. Things go badly and they decide to go off to the pub instead. We get a really touching scene where Yates reflects on how badly he treats Benton and Benton replies he just takes it with a smile. Yates steals some of the Brig's whisky and Benton is caught in an explosion. The book has some interesting things to say about Benton which is really nice. The Doctor and Liz are also written well here but often overshadowed by other events happening in these pages.

The Devil Goblins from Neptune was the book that kicked off The Past Doctor Adventures range. It is an enjoyable enough read even with some pacing issues and supporting characters who overshadow the main ones but overall, the range was off to a tremdous start.