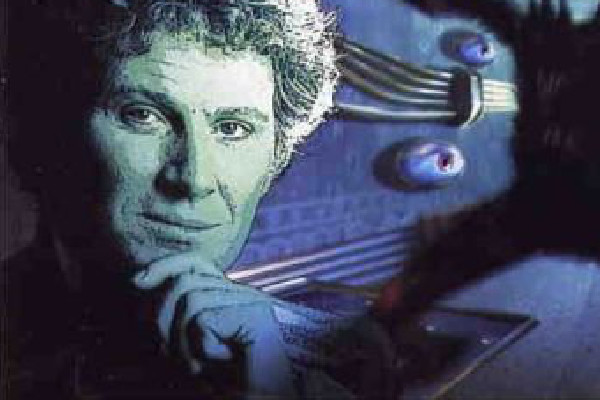 When Doctor Who was undergoing a rest at the end of 1985, the star, Colin Baker, did his best to keep the show alive in various other formats. He participated in many protests to bring the show back and even recorded the song, Doctor in Distress. And he found the time to record this 'children's' story, on Radio 4. While one can't fault Baker's attempts to bring the show back to the public domain, Slipback does repeat a lot of the same mistakes its television persona made.

While some fans wrongly blame the bright costume and theatrical behaviour of the Doctor for many of the Sixth Doctor's era's problems, for me the real problem there was the quality of the scripts. As the producer, John Nathan-Turner wasn't in charge of the scripts, that job fell to script-editor, Eric Saward. He came into the job around the time of The Visitation which was quickly followed by Earthshock. With a few good stories here and there, he really only a real talent for hiring some dodgy writers. Worse still, he disagreed with Turner's casting of Baker and was determined to take Doctor Who down a much darker path since the success of Robert Holmes' Caves of Androzani which saw the Fifth bow out. Colin Baker's proceeding series had a much darker tone but there wasn't the quiet innocence that the Fifth Doctor had to ground these horrible situations. It is clear how much Saward didn't like the Sixth Doctor because he writes the Doctor as nothing more than a spectator in Revelation of the Daleks.

Slipback continues to suffer from those television problems. We've got a script that is paper thin concerning the Doctor and Peri arriving on a spaceship where a strange monster stalks the air ducts, two policemen are after an art thief, the captain can let loose many different diseases and the ship's computer has split personality. Saward really wanted to go for a Douglas Adams feel here, but nothing much happens besides Peri falling down a shaft and the Doctor getting stuck on the wrong side of a door. The great and legendary Valentine Dyall is totally wasted as the Captain and doesn't get one scene with the Doctor and the computer, going for a 'ditzy dame' feel, made me want to turn the whole thing off.

Unfortunately too, Saward's contempt for this Doctor is obvious here too, he has him drunk and hungover and then has the computer call on him out and tells him he's a disappointment. But the ultimate insult is when the Time Lords turn up and fix the situation and stop the Doctor because he actions would have ended the universe! Basically what Slipback boils down too is the Doctor getting stuck behind a door, dissed by a mad computer and nearly destroying all life in creation. Its not a great day at the office!

Had Slipback actually managed to conjure up a few laughs then maybe it would be more forgivable, but the whole story is an example of understanding Adams' technique but not his style and humour...