Doctor Who: Order of the Daleks - Review 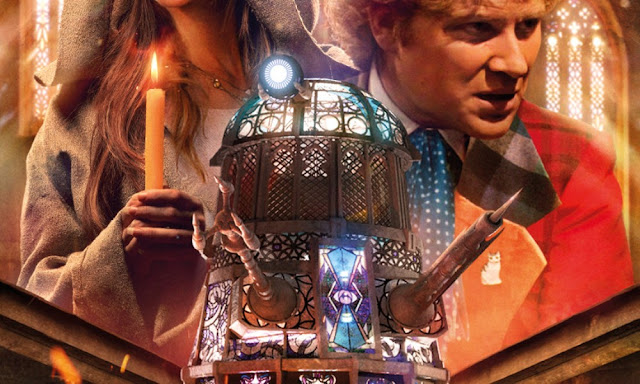 Unfortunately though, this is one those Doctor Who stories where it is hard to get excited about it. You'll either love it or hate it and you'll pretty much work out what is happening from the opening moments. If you've heard the story, The Elite, then it is almost the same and it had elements that were much more entertaining than they were here. All the characters here are a little obvious too, with an over-bearing census-taker and an intelligent go-getting assistant. Once you work out which one is going to be which, then nothing these two do will surprise you. Unfortunately they aren't characters, just caricatures.

And the best part of this story is something that you can't unfortunately see on audio, the stained-glass Dalek. It makes for a fantastic cover and would be lovely to see on television or in a comic book but there is only so many times you can describe it on audio. And the Daleks don't behave any differently than usual.

While there is nothing outright bad about Order of the Daleks, it is the type of story which does its job and then you move on. A couple of days later, its gone from your memory. But this is another undistinguished go-around for this TARDIS team...