Doctor Who: Fear of the Dark - Review 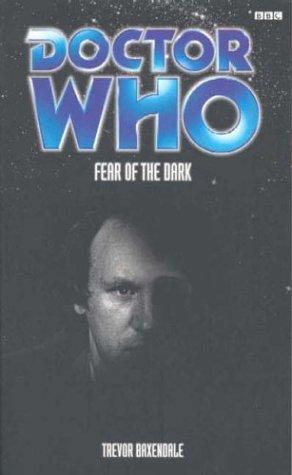 Originally published in 2003 and later in 2013, to represent the Fifth Doctor in the anniversary re-issue of novels was Fear of the Dark, which brought the Fifth Doctor, Tegan and Nyssa to the barren moon of Akoshemon in the year 2382.

Following on from the creepy prologue, the tale kicks off with the travellers becoming embroiled in an archeological dig having wandered into the path of an explosion designed to clear rocks away. A clever series of flashbacks reveal to us how the travellers ended up on the moon. For Tegan, this story takes place not long after Arc of Infinity and for all concerned, the death of Adric is something that is still quite raw.

Although they seem to posing as archeologists, the humans on the moon have far less noble reasons for being there. They are actually there searching for a rare mineral called Lexium and they are using the dig as a cover for their plans, hoping to claim it all before the big corporations can move in on them. We meet a few of the colourful characters amongst the miners. Jyl Stoker is the cigar smoking leader and the gentle giant Bunny Chung is her right-hand man.

Also among the miners number is an alien from the same mining race as the ill-fated Vega-Nexos from The Curse of Peladon. Sensitive to the feelings of the earth, Vega-Jaal can sense the dark presence on the moon before it affects many of the others and he warns them all the leave before everything kicks off.

But we soon learn that Jaal isn't alone in his fears, both Nyssa and the Doctor are proving suseptitable to the dark entity. It doesn't take long for miners to begin disappearing and their bodies are soon discovered completely drained of blood. That is when they realise that the presense is a lot more of a threat rather than some nightmare.

As the situation grows more and more desperate, a mayday brings a Consortium ship but its arrival brings a lot more complications than first thought. As well as the threat of the mining rights, Stoker has to come face to face with her past, in the form of Captain Lawrence.

This book is atmospheric and quite horrific and author, Trevor Baxendale seems very happy to put the TARDIS crew through their paces in a way we've never seen before.

In the forward written specially for the 50th Anniversary re-release, Baxendale praises the Fifth Doctor, he was a very human-hero who stood toe-to-toe will all manners of inhumanity in his tenure.

He also states his aim was to push the Fifth Doctor to his breaking point which he does with relish. The enemy impairs the Time Lords judgement drastically and proves to be an almost insermountable odd. But despite this, the resolution to the story is not a cheat and all the pieces had been laid out beforehand.

I really enjoyed Fear of the Dark and it is a book well worth getting to add to your collection. It is one of my favourite Doctor Who novels and novels in general...