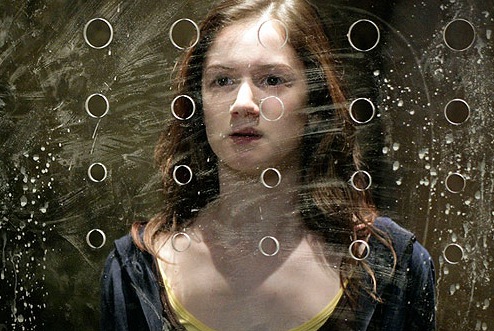 Well, here it is, the Torchwood episode with the sex-alien. It is just as tacky and horrible today as it was over ten-years ago! It might not have been so bad had it come later in the series or had it had a different plot line than an alien coming to Earth to sleep with everything that moves. So many different series have done this plot at some point in their long histories. I can think of a handful off the top of my head!

Unfortunately though, this is all comes down to the execution as a good one can elevate the plot, even if it has been done again and again. The whole episode was focused on sex, sex and more sex. The only good scene is when the Torchwood gang wait for Jack to leave before they all start to talk about him! Why does he wear that long coat? Is he really American? Is he CIA? Gwen has known Jack for a day and she already knows more about him than the rest of the team.

The Torchwood gang come across as a little too hardened and shallow. Jack cares more about the hand of the Doctor, which is in a jar having been cut off in The Christmas Invasion, than he does about poor Clarys. While Jack and Tosh are nice enough to Gwen, Owen is overly hostile and Lanto is just a stuffed shirt. It also feels like the sex alien is there too parallel the vast majority of the Torchwood team, all except for their newest member.

What is obvious is that Gwen isn't like the others. She cares about Clarys while the others just care about the alien inside of her. Slowly she is bringing the humanity back to these jaded alien hunters and she makes everyone see things differently. And she is the only one to have a life outside of Torchwood. But she hasn't been working for the Police for a while and lying to Rhys about it. Be careful Gwen, your loved ones will always find out...