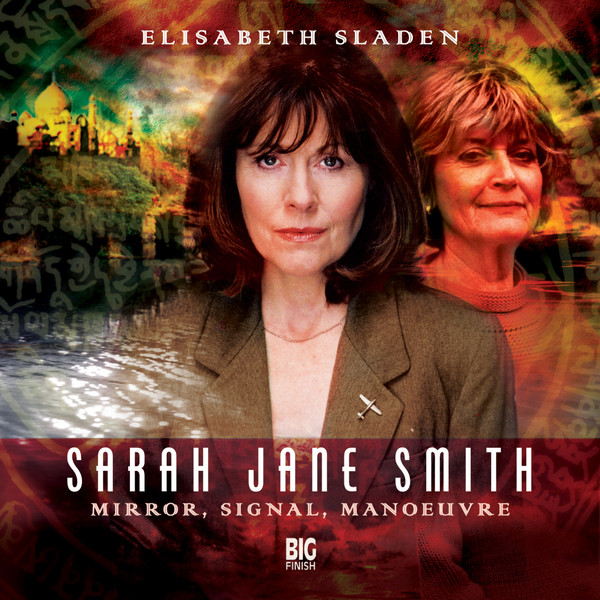 Mirror, Signal, Manoeuvre is the grand finale for the first run of Sarah Jane Smith audio adventures. Villains are unveiled, diabolical plans come to fruition and lies and subterfuge are aplenty. Sarah finds herself on the move again, working solo overseas much to the annoyance of her friends back home. Once again, Sarah plays the role of an imperfect hero, leaving Josh and Nat in the lurch, relying on them for intel, but leaving them at arms length.

The story sees Sarah trace a WW2 biological warfare project to an idyllic island in the Indian Ocean. But shortly after she arrives, she finds another reporter is on the same story and Sarah quickly becomes Wendy's companion, trying to keep up with her and stay ahead of the latest scheme unfolding around them.

With people dying all around them, Wendy and Sarah find themselves on the run from a vengeful Hilda Winters, the crazy scientist that Sarah first met in 1974's story Robot. And the climax to the story is brilliant there are millions of lives threatened and Sarah finally confronts the woman who has been making her life hell for the last few years. Josh has a crowning moment of awesome too, not from his actions, but from the brain-freeze that happens afterwards.

This whole series has felt like one big game of Battleship with Sarah trying to stay one-step ahead at all times. Sarah is trying to close in on her enemies, while staying one step ahead of them. And then there is the threat of destruction against her property, life and her friends, nipping at her heels. And Nat still thinks Sarah is being paranoid! One can't really say more without ruining the final moments, but this is a well paced story that kept my interest from the opening to its ending...