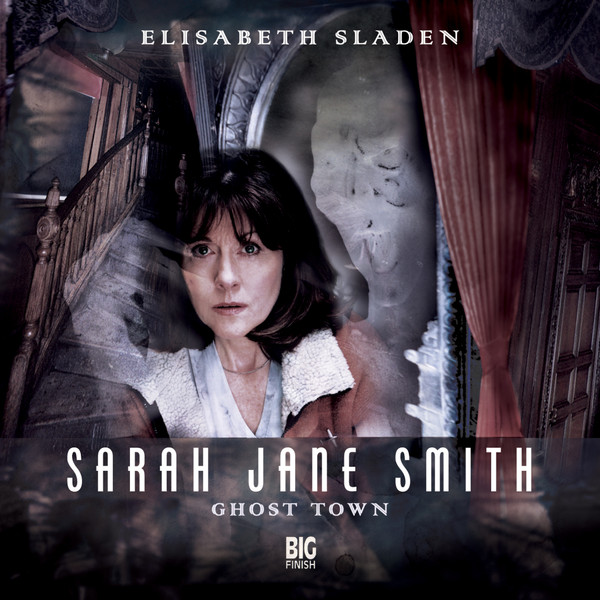 What could be better than getting away from the daily grind of the city than going to a dusty old gothic mansion. Well, Josh could think of a few things, but unfortunately for him, Sarah has been invited away to the remote mountains in central Europe by an old friend.

And where better would there be to hold international peace talks than a quiet town in Romanian Mountains? By a series of clichés there is also a lot of secret laboratories, an amnesiac butler, a spot of murder and some possible ghosts. Josh decides to lampshade the events with some Scooby-Doo jokes but Sarah isn't very amused.

Ignoring the conga-line of haunted house and horror movie clichés, Ghost Town is actually quite a nice little breather from the arc of Sarah Jane's opening series. Once again, Sarah plays a dangerous cloak and dagger game, investigating a mystery whose roots extend beyond the immediate threat of the shadowy organisation who have been following her recently. There are also some lingering tension between Sarah and Josh from the previous audio to be addressed.

What lets Ghost Town down is the somewhat two-dimensional characters which include an American Couple, actually played by Americans not someone putting an accent on, Dimitri, the Igor-house Butler and the overall villain. But the only standout guest character is Yolande, Sarah Jane's friend, a likable old dear who likes to hold parties...