Doctor Who: The Mutants - Review 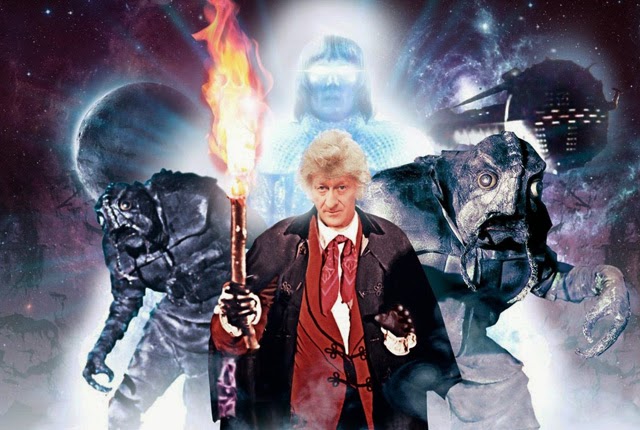 Dealing with the themes of imperialism, apartheid, environmental issues and evolution, The Mutants is most definitely a story with great ambitions. In in the hands of any other author, it might have reached those heights, unfortunately, it comes from the hands of Bob Baker and Dave Martin and The Mutants ends up being a plodding mess.

Let's get the few good points out of the way first though. Pertwee is still fantastic in the role of the Third Doctor and for once, his anger, frustration and disgust is aimed at exactly the right people. The location shots are brilliant and even though it is a quarry, looks like a real alien landscape. And even the creatures for the story, The Mutts aren't that bad.

Now, with those good points out of the way, lets get on with the bad. The Mutants does show the Third Doctor era off at its worst, there are six episodes of tedious storytelling, weak characterisations, clunky dialogue, bad acting, a pantomime villain, bland sets and dodgy CGI shots, even by the seventies standard. Imagine a questionable episode of Star Trek with all the humour removed, the technobabble increased and the cast overacting in such a way that even the mighty William Shatner would blush.

Oh my god, the acting. The main cast, Jon Pertwee and Katy Manning are excellent. But everyone else either reigns their performances in or hams it up to such a ridiculous degree. As the Marshall, Paul Whitsun-Jones insists on shouting his lines rather than saying them. Looking at his Ozzy Osbourne hairdo, Varan looks more like a washed up Rockstar than a mighty warrior and then there is Rick James who has to be one of the worst actors to ever appear on this show. And that sometimes is saying something...