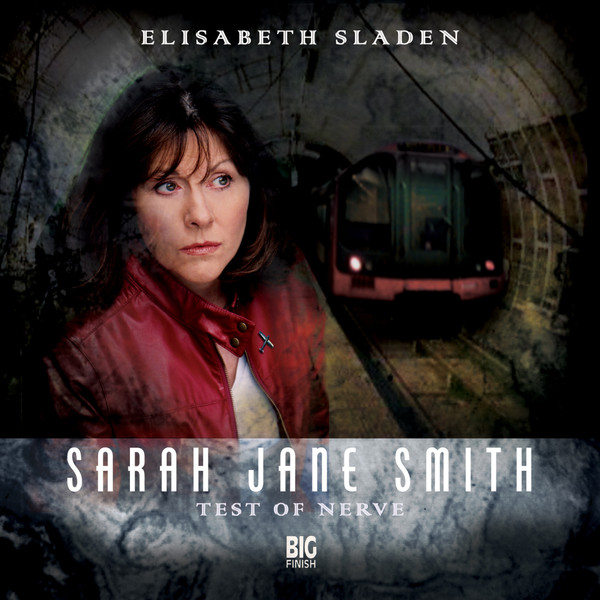 While the previous audio, The TAO Connection gave me pause for thought concerning the range, Test of Nerve did the exact opposite, it is a great psychological dark and gritty drama and one of the best hours Big Finish has ever produced.

Sarah Jane and her friends find themselves investigating a web of intrigue when a biological weapon is stolen from a government facility. But once again, we get a hint that there is something bigger going on behind the scenes. The final moments of the audio unveil the threat as Hilda Winters, the leading lady from the SRS fanatics introduced in Tom Baker's opening tale, Robot. She has been ruining Sarah's reputation, bank accounts and making her go on the run.

Hilda is closing in on the gang and her ultimate revenge is to harm Sarah's friends, who Sarah seems willing to use as pawns in her war with the criminal element. As the play comes to its conclusion, Sarah has to make an impossible choice, who does she sacrifice and who does she save. Will her friends be happy with her choice at the end of the day?

This is an excellent look at the Doctor/Companion dynamic in a story without the Doctor or UNIT. Despite the fact that is Sarah Jane five years before The Sarah Jane Adventures, it does work as a good extrapolation of her Classic Series arc. Lis Sladen is excellent as usual, never loosing the elements that made us love Sarah in the first place, while giving her an extra layer of grit and iron which works as both a character strength and flaw.

Kudos must be given to Sladen's real life daughter, Sadie Miller, who gives an excellent performance as Nat, who is put through her paces in this tale. And then there is Jez Fielder as Jeremy James who has a real knack for getting himself into trouble...