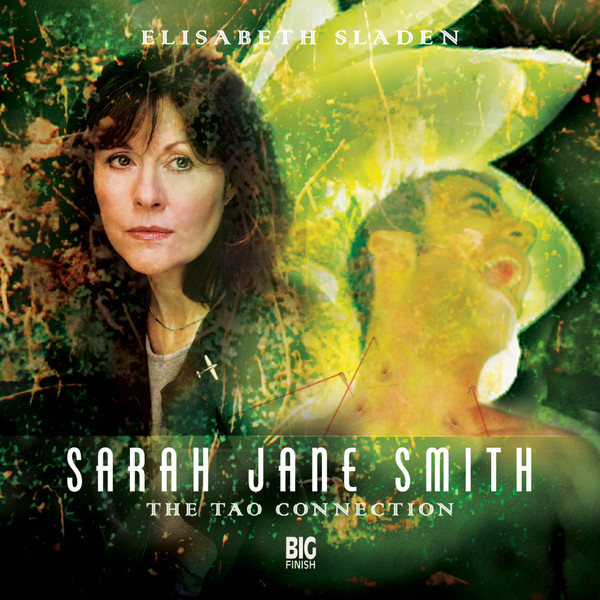 One thing that Big Finish struggled with a little in its early years was treating gay characters with respect. More than once, there were occasions when they used the "gay = sexual predator of young men and boys" stereotype. And that is incredibly frustrating for me because for the most part, I really enjoyed this story. What also doesn't help is that the actor of the villain, Moray Treadwell puts every single gay-stereotype into his performance. Now, gay villains shouldn't be off limits, but we should be getting ones where their desires aren't the only motivation for them.

What The TAO Connection does demonstrate however is that Sarah Jane can be the shrewd-strong willed Emma Peel character when she needs to be. She even flashes some Venusian Akido, something she tells us her friend once taught her but she thinks it is a little too showy. I do love the ways that the Sarah Jane Smith range weaves in ties with the classic era of Doctor Who without over-cramming it. Focus never leaves from her, she is the protagonist, the hero, with friends as companions and who sometimes become endangered and need rescuing. But will she? Before The Sarah Jane Adventures hit our screens, that was the main question of this range, will doing the right thing override the need for safety? It certainly added an edge to her character.

Sarah's helpers, Ellie and Nat put in brief but enjoyable performances, and the remainder of the guest cast are enjoyable as well. Sarah's friend, Claudia Coster, a government operative will play a more pivotal role in a story a little further down the line. Most other guest characters are only minor, but no character is minor when someone like Maggie Stables is playing one.

There are a few good moments littered throughout this audio that meant I won't give up on the range and that is just as well as the next adventure is just brilliant. Otherwise, I would have probably given up on the Sarah Jane Smith range like I have the Torchwood range for now, despite my love for Elisabeth Sladen...