Doctor Who: The Twilight Kingdom - Review 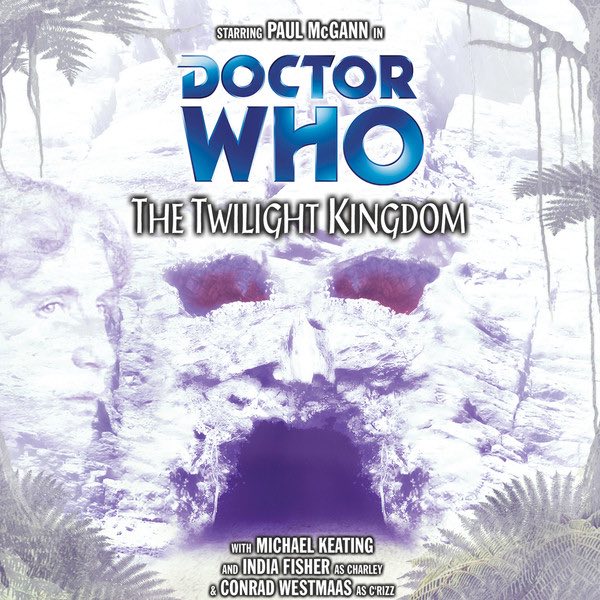 The Twilight Kingdom is a story with a good conception which would have been aided by some good character interactions and a good plot. It is unfortunate then that this one features Charley being as peevish as Peri on a bad day and the Doctor feeling listless. And the story is set in what is basically a corridor crawl dressed up with some mouldy dirt.

The Doctor, Charley and C'rizz are on a quest to find the TARDIS. The last we had heard from her in Scherzo, she was dead. Even the Doctor had to admit that she had ceased to be. But she works as a symbol of hope and he is starting to look for her again. A Spidey-sense we never have heard off, before he drags the gang off into the jungle for days.

But lets forget about the TARDIS as The Twilight Kingdom has the most interesting of plots we most certainly have never heard before, the Doctor and his companions are captured and imprisoned as possible murderers. Most of the story takes place in an underground bunker but it is never clear why the band of freedom fighters are there. And pretty soon, it makes no sense for the Doctor and company to be their either.

There are a few little moments of visceral horror but one might feel burnt out from that thanks to The Creed of the Kromon, and it is a lot more tame here. There is supposed to be a surprise reveal but for me, it wasn't really one. But we learn a little more about C'rizz so that's alright. Charley is acting a little peevishly here but it wouldn't be so bad if it hadn't become a regular occurrence lately. The chemistry between her and the Doctor has now completely evaporated. But what is the point of loosing the TARDIS, a universe of everything they cared about and the dynamic between the Doctor and his companion? I have faith that this is only a phase and that the great chemistry between Charley and the Doctor will be back later.

Perhaps the most interesting thing about this story is that the Doctor has to face a foe who can read his mind and knows everything he is thinking and feeling. However even that gets zapped away thanks to the dull plotting. How does one play poker when your opponent can see all your cards?! And as for the other characters, well, they add very little to the plot indeed. Unfortunately, The Twilight Kingdom will never be the best Doctor Who story, it is just too dull and plodding for its own good...