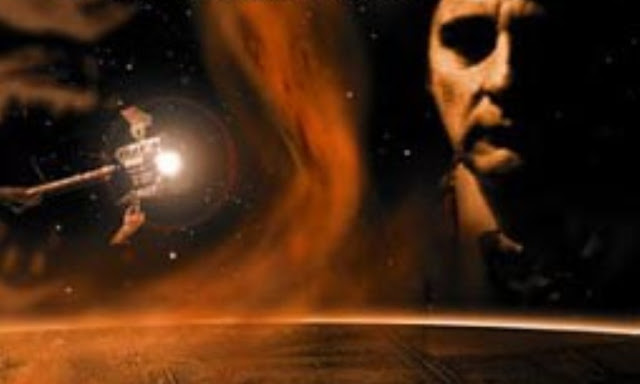 Ace is shocked that the Doctor has often procured famous pieces of artwork under mysterious circumstances, even though the Doctor protests that he is saving these pieces from being lost forever and not stealing them. But Ace doesn't object to the Doctor having his little art gallery, which is helpful as the Scream is about to disappear and if the Doctor can save it, it will find its home within the walls of the TARDIS.

The Scream has worked its way to a colony on Duchamp 331 and it is a fitting location as the dust storm that surrounds the landmasses on the planet scream too. Some myths say it is a Dalek trapped under the planet that has gone insane and some say it is the sound of baby Sand Sharks crying out for a meal. But soon the screams are very real from the human colonists. The dust is quickly breaking in and turning everyone's innards to dust. And while the wealthy art collectors are oblivious to everything happening in the refuelling stations, they too, will soon be screaming. There is a mysterious-masked art collector who stalks the halls of the colony who has a very brutal agenda.

Listening to Dust Breeding you will discover that dust is a good theme for this story. Like dust, the tiny scattershot moments of this story float around in the air seeing what will stick, instead of the piece working as a cohesive whole. The audio begins by introducing the listeners to three different sets of characters in three different time zones and never manages to settle down after that. Room has to be left out for plot and shout-outs and it would quadruple the review if I were to list all the episodes that get a mention. And along with the shout-outs, Bev Tarrent, a character introduced in Mike Tucker's previous audio story, The Genocide Machine, returns to team-up with the Doctor and Ace. And no less than three classic-Who villains are wedged in and only one comes out ceremoniously.

Quite frankly, it is all too much for this story to bear and instead of a plot, we get a series of cameos. I'm a huge fan of the classic era of the show but even I had to look a few things up to jog my memory. Dust Breeding sadly comes out as a very long in-joke for fans who aren't fond of trivia quizzes...