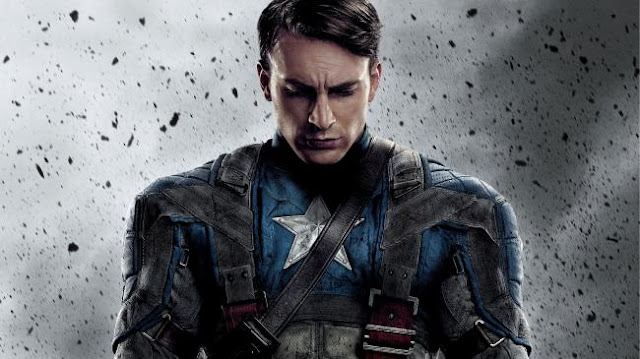 Even to this day, with numerous sequels and Avengers movies, Captain America: The First Avenger feels like a course in how to make a superhero movie fun. For the mainstream viewers, there is plenty of action sequences, a 1940s setting with super-Nazis who have blaster guns and plenty of well-timed one-liners. And for the Uber-comic book fans in the audience, (such as me), there is the Stan Lee cameo, Marvel inside jokes and sly digs at Raiders of the Lost Ark. Everyone will finish this movie happy. The main hero even has a multicultural support team and a love interest who would never need to be rescued. There is a whole roster of crowd-pleasing moments, which, while seem dubiously calculated and meticulously planned but that is no strike against this film. It is just brilliant.

But I won't ignore the fact that Captain America needs an injection of charisma, something which Iron Man has. But thanks to the creepy - The Curious Case of Benjamin Button - effect, Chris Evans, (Captain America and The Human Torch in the Fantastic Four movies), spends the first quarter of this movie in a shrunken, scrawny and asthmatic but lion hearted state as Steve Rogers who wants to join the fight against Hitler. Somehow Evans gets a lot of pathos out of his shrunken state, he is constantly tempted to be bitter or belligerent, but instead he endures his physical limitations with appealing determination.

But once a German scientist, working for the army, played by Stanley Tucci, recognises Steve's enduring qualities, and uses his slightly mad science to turn Steve into a muscular god, (seriously, its wonderful!), somewhere, Steve becomes a slab of meat but fortunately, the film surrounding him stays fun and action packed. The Red Skull, played by Hugo Weaving, is the head of Hydra and launches his plan of a global takeover that obviously requires some superhero intervention. And thanks to his grumbling commanding officer, played by Tommy Lee Jones, Steve is side-lined and becomes a touring propaganda act until he is forced to take matters into his own star spangled hands.

Director, Joe Johnson and screenwriters, Christopher Markus and Stephen McFeely, wisely stretch the first quarter of the movie out to allow introductions for all the supporting cast, including the kickass Agent Peggy Carter, played by Haley Atwell and Steve's friend, Bucky, played by Sebastian Stan. They ramp the comedy up for the montage sequence showing all the propaganda that Steve is being forced to do, before the final act allows for the real heroism to begin. There are times when Captain America feels like four movies all rolled into one, each act packed full of incident and iconic moments, some of which work better than others.

And lets ignore the tone-deaf ending, which feels more like the punchline to a bad joke because for the most part, this movie manages to balance comedy, genuinely rousing moments and an action packed agenda into something sleek enough to keep it running under the weight of its obviously high ambitions...