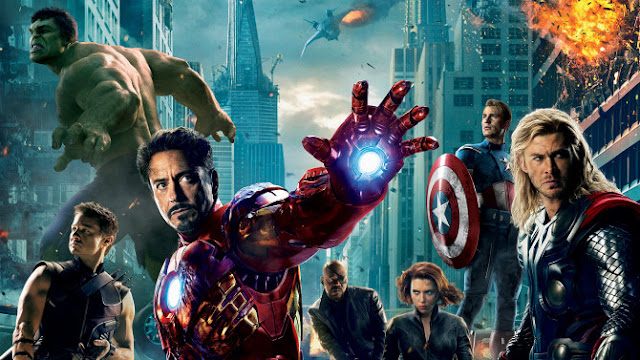 Most of the time people never know when they are living in a golden age. But that can't be true for superhero fans. Ever since 2000 when Bryan Singer brought the X-Men to life, a film that stayed true to the themes and characters of the comics while also setting the stage for real summer blockbusters, comic book movies, even rubbish ones, have become a staple of the cinema scene. It isn't as if good superhero movies existed before 2000, Richard Donner's Superman and Tim Burton's Batman winked at and took terrible liberties with the original source materials and in more recent years, Marvel have gone one step beyond that, sharing a single universe between all their cinema characters. It had all built up to Avengers Assemble, the two Iron Man movies, The Incredible Hulk, Thor and Captain America where all leading up to this, a movie in which each hero that Marvel Studios had created were brought together to fight one threat.

Making something even remotely like Avengers Assemble meant that many movies had to be lined up and it is a miracle it exists at all. Looking past the logistical nightmare this movie proved to be, there was a double agenda the movie had to serve. It had to continue the characters journeys from their own solo outings and create an Avengers world. Factoring in another wave of movies and a sequel and this movie has an even tougher time telling its story. All of these points raise one question: Is there room for a movie in this Avengers movie?

Well, yes. Written and directed by Joss Whedon who created the television hit Buffy the Vampire Slayer, The Avengers is a big but graceful outing that carefully balances big action sequences with quiet character moments. Drama is found in the fact that all these characters are reluctant to work together, battling Loki and a horde of alien invaders. Whedon was tasked with meeting all the requirements to make this kind of movie work and he succeeds and manages to succeed in creating a new set of rules for the superhero genre.

In essence, the movie opens with giving us a threat big enough to bring Marvel's heaviest hitters together. A little miffed at falling into an abyss at the end of Thor, Loki has conspired with a group of aliens to take over the Earth with the aid of the Tesseract, the mysterious cube that had bounced around in the last few movies. In the process of proving his villainy, he destroys a SHIELD base and takes over the mind of Eric Selvig from Thor and Clint Barton AKA Hawkeye.

Nick Fury is understandably upset and sets about putting together the Avengers, beginning with Black Widow and some less eager recruits, Captain America, Iron Man, Bruce Banner and Thor all of whom want to save the world and either before hand or during the course of the movie, have some kind of beef with the Master of Mischief.

Given the sprawl of characters, it is remarkable that each one gets a time to shine. Whedon rightly picks up the story where the previous films left off with the other characters. Tony Stark continues to be driven by his ego while Thor continues to navigate two worlds. As a man so evidently out of time, Captain America is even more involved in the drama quickly becoming the heart of the film. The film is filled with heroics even if it sometimes is far too fleetingly concerned with the real meaning of heroism.

But as a compelling as each character is on their own, the real joy of this film comes from the chemistry they all have together. While Stark and Banner bond over their love of science and technology, the others get along less immediately. And that is because in the comics they have less reason for being together. When you design a character to be focused on espionage, science, history, mythology and warfare don't really belong together. Yet in this movie, their world is so larger than life that this fight would engulf them all individually.

And The Avengers makes the evil side of that fight suitably overwhelming. In scenes which see the Helicarrier crash or the battle for New York, the film throws our heroes at opponents who outnumber and outgun them and it is apparent they are a team still learning what teamwork means. The movie also manages to give the baddies a rather insidious agenda and the action is very impressive, even if it wasn't really needed in 3D for cinema release. But it is all the more chilling by the dialogue from Loki, delivered by Tom Hiddleston with Shakespearian relish as he uses humanities distrust of their own freedom against them.

Whedon has always been good at mixing metaphors with melees and Loki particularly comes across as one of those villains who can be traced back to the worst parts of humanity and he is made all the more effective with some moments of sympathy and vulnerability between his horns and schemes. But some of Whedon's other creative eccentricities are lost in the action. As is to be expected, Downey gets the share of witty lines and anyone expecting to see some of Whedon's self-aware direction will go away disappointed at the heads-down direction The Avengers takes. But there other recognizable things that are all Whedon here on display, particularly his distrust of authority that stretches to the heroes and their abilities to go between lightness and wrenching emotions.

But The Avengers delivers and then some. Even the weakest of the Marvel movies have always been competent and well polished products. The Avengers is exciting and heartfelt and will likely always entertain casual viewers and comic book fans alike for all time. Maybe that is the meaning of a golden age...