Doctor Who: The Settling - Review 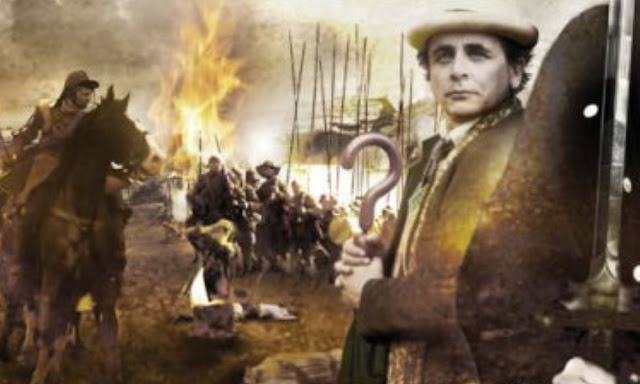 Listening to the audio adventures of the Seventh Doctor, it is fair to say that he seems to delight in throwing his companions right into the thick of it. However, throwing Ace and Hex into one of the bloodiest battles in Cromwell's reign is horrible even by his standards. But even with their full awareness of history, both Ace and Hex refuse to leave people in trouble.

Even the Doctor's strict instructions on not getting involved get thrown out of the window pretty quickly, with he having to protect a pregnant woman, Ace arming herself for protection and Hex finding himself nearer and nearer to the barricades. When the battle is done, Hex finds himself conscripted into Cromwell's army, trying to change the man's ways and Ace ends up in the thick of the fighting. The Doctor is left to look for the bodies of his companions.

To a certain degree, we know that nothing horrible will actually happen to his friends because this story is told to us through a series of flashbacks as a traumatised Hex tries his best to process what happened. When you want to do a historical baddie, there are few worse than Cromwell and that is why this is one of Big Finish's rare pure historical stories with no aliens, anacronistic technology or mad scientists. Every character involved is a product of his or her time.

But for all the violence that drips from this dark story, it is a surprisingly thoughtful one, that presents us all the thoughts and rationalisations that occur during wartime. Each side and every character isn't heavily romatiacised and is dumped straight into the listeners ear, leaving us to ponder, as Hex finds himself doing, the darker side of human nature...