Doctor Who: The Drosten's Curse - Review 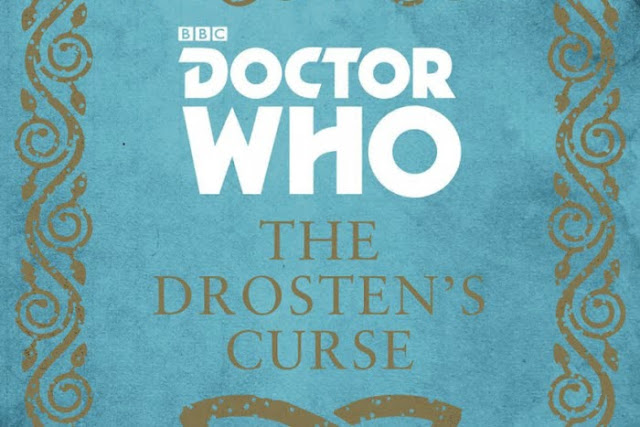 The Drosten's Curse sees the Fourth Doctor travelling solo and arriving in Arbroath, where he finds some odd goings on happening at a local golf course. I seem to remember this story, or part of it, being included in the Short Trips collection that BBC Books released a little while ago and I will admit, it was the story in the set that I just didn't like. And I will admit, now that I have read the full version, I am not keen on it still.

First of all, I have never been a fan of the Doctor travelling on his own, while I enjoy it now, I found The Deadly Assassin very dull on the first few viewings and stories like Closing Time and Heaven Sent never fail to send me off to sleep. When I read that this was to be a solo Fourth Doctor adventure, I was already on edge. But I decided to give it a go. And boy do I wish I hadn't.

I took me two weeks to finish this book. I love reading and get through a three-hundred page book in a day when I want to. But as soon as I picked this one up to read, I wanted to put it back down again. And the reason for this is that the plot doesn't make a lick of sense. To put it in words that Fifth Doctor once used, "It's like wading through treacle."

The characters are spot on, author, A.L. Kennedy hits the Fourth Doctor right on the nose, getting this excitable and fun loving nature of Tom Baker's earlier series' spot on. Kennedy's companions for this book include Bryony, the golf course's receptionist and the alien Putta, both of whom are brilliant additions and it is a shame that they will probably never feature in another Doctor Who novel.

Bryony is a dead-ringer for Sarah Jane, she even puts on Elisabeth Sladen's Andy Pandy costume from her last story, The Hand of Fear, towards the end of the novel. Putta is a lot more like Harry, brave, if not especially quick when it comes to using his brain in the more alien setting. And the Fourth Doctor seems to enjoy them having them around, treating them like Sarah and Harry.

Where this book fails miserably is its plot, which, now I come to think of it, isn't understandable as I stated above, just wholly uninteresting. It was that I didn't understand the plot that made me want to put this book down, it was that I wasn't interested. And because I wasn't interested I couldn't tell you what the plot was actually about except for an old woman in a cottage, two weird psychic twins and a kid that controls the monster at the end. Or something.

Had the setting been an alien planet or space station, rather a little golf course, it may have helped. Stories with dull settings tend to run around in circles and I couldn't imagine anything other than a silly little crazy golf-course.

There is little else for me to say other than this book obviously wasn't for me. It won't be one I will be reaching for anytime soon. Who knows, maybe one day I might find my interest piqued, like I found with The Deadly Assassin. But for now and for me, The Drosten's Curse is just that, a strange little curse...