Legends of Tomorrow: Season 3 Episode 7: Welcome to the Jungle - Review 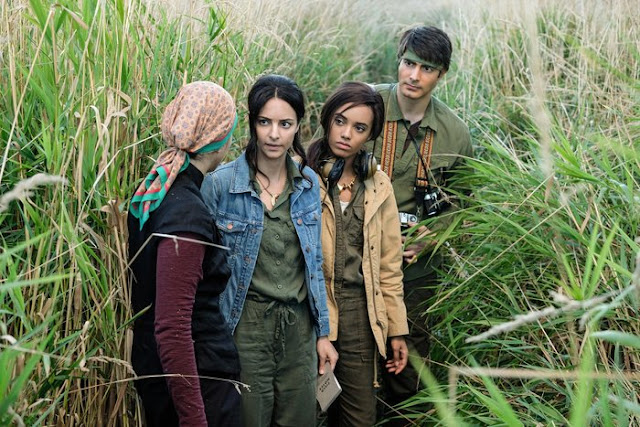 Maybe sometimes it is impossible to have a good episode of The Flash and Legends of Tomorrow in the same week. Just as The Flash picked up the pace and finally found its groove in the Fourth Season, Legends of Tomorrow delivered us an unsually poor episode. This is made even more frustrating because it included Gorilla Grodd, a character was an excellent element in The Flash. But here, he struggles to fit in.

But perhaps in Welcome to the Jungle, Grodd wasn't the problem, maybe the inclusion of the Vietnam War was. It isn't a conflict that lends itself well to the funny side of Legends and this is why there aren't any funny Vietnam war movies, and the only one there is, is pretty bleak in its own way. But what really lets everything down is that it really felt like the writers were holding back, both with the team's antics and the dark and psychodelic effects of the war. 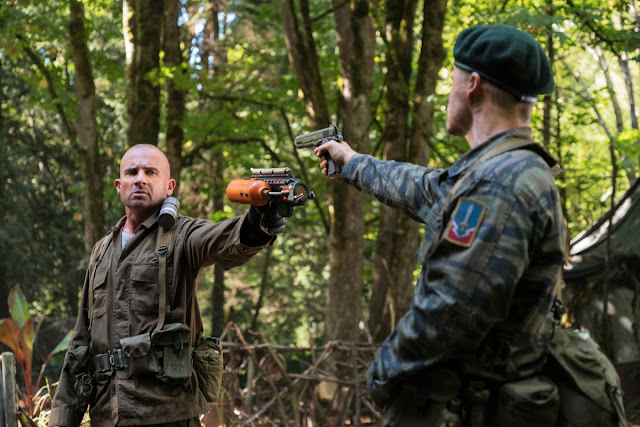 And it isn't even as if the series hasn't delved into war before. The second season featured World War 1 quite heavily. And in the first season episode Star City 2046 had wartime elements in it. But this episode just felt bland in ways Legends has never done before.

And that isn't even taking into account the presence of a telepathic gorilla. Ultimately Grodd's presense proved to be the biggest dissapointment of the whole episode. Part of this was because it felt like the character had been slumming it since his previous appearence in The Flash and playing god to a group of terrified Vietnam civilians isnt' anything like leading a city of gorilla's to Central City to wage war. More than that though, it is a shame that the writers didn't do more to explore the bond between Grodd and Amaya. Had this episode been smaller, they could have explored his lonliness and tragic origins and life. Amaya, with her totomic connection to the animal kingdom is perhaps the only human who can fully understand his motivations. We see a bit of that towards the end but not enough. Grodd's story didn't even get much of an conclusion. The Legends don't even check that their gorilla problem is over and merely guess that he had fallen to a fiery death. 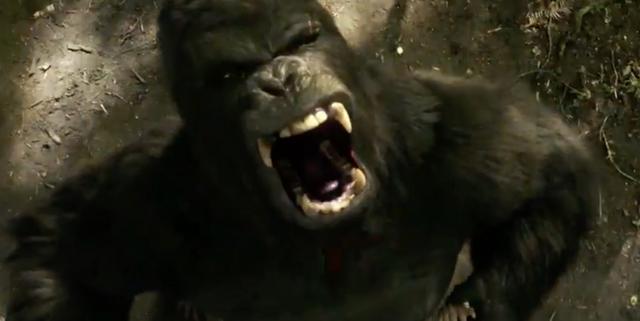 While the final scene leaves things open for some more Grodd/Legends action, I'm not sure I am looking forward to it. It is improbable that the villian will become one of Mallus's evil group because of how much money and time it takes to animate Grodd. But if it means we might get another solo outing for him, hopefully he'll get used properly next time.

This episode falls to the mostly character-driven pieces to pick up the slack. And it was nice to see Dominic Purcell get to drive some of the plot with Mick having to deal with meeting his father, Dick Rory. His father is played by Evan Jones who goes overboard trying to copy Purcell's distinctive rasp but they make quite an interesting pairing. It was also nice to see more of Mick's family history coming out and his struggles of process his emotions.

Professor Stein and Jax also get moments to shine as the series builds up to the former's upcoming departure. It was a lot of fun seeing Stein recruiting various historical figures to help him solve some problems. With Jax, the war shows us he still has the heart of a superhero, even if he no longer has the powers of one. In fact, the act of Jax saving the bizarely miscast President Johnson, gives us cause for his staying on as Firestorm. Maybe there will be room for him to become a brand new hero?

Now, as good as Legends of Tomorrow normally is, the series isn't immune to getting the occassional stinker of an episode. Welcome to the Jungle fails completely to make a good use of the Vietnam war setting or the inclusion of Gorilla Grodd. And despite some bizzare characterisations for some of the heroes, this episode makes for an okay, if bland filler episode before the next Arrowverse crossover Crisis on Earth X...