Legends of Tomorrow: Season 3 Episode 5: Return of the Mack - Review 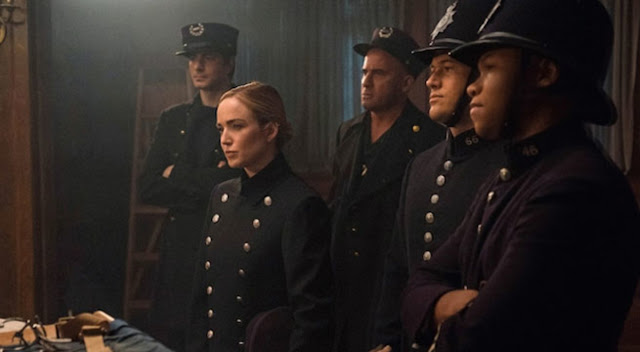 Phone Home might have been Legends of Tomorrow's halloween episode, but the theme of horror had continued into the next one with Return of the Mack taking a look at vampires in Victorian London. Not only does Return of the Mack deliver some really zany fun but it managed to incorporate more of the narrative that is gradually taking shape over the course of this third season.

What is interesting about this episode is how the beginning and end contrasted each other. To begin with, it appears it is going to be another zany episode with the Legends looking for a vampire in Victorian London and that would have been perfectly fine by me. The return of Rip Hunter in the opening scene sets up nicely what is to come and he seems to promise a mish-mash of Jack of the Ripper and Sherlock Holmes with a dash of time travel thrown into the proceedings for good measure.

The opening act certainly does its best to deliver on that zany slant. Mick, as usual, was a big delight as he gets into his vampire hunting and the reveal that he has always been carrying around a stake was pretty funny too. The scene in the mortuary also helped set the stage for the silly tone that this episode was seemingly going to take. 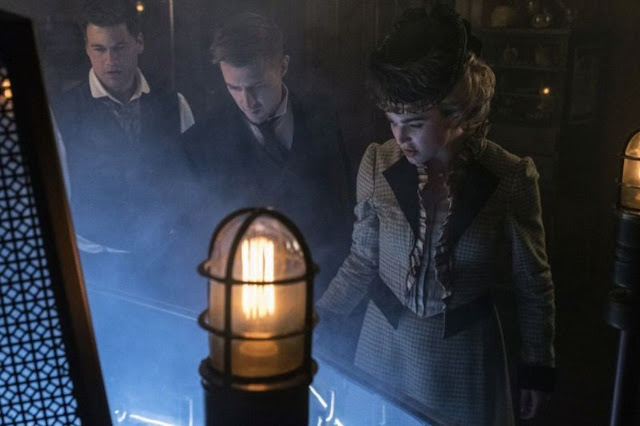 But it didn't take the episode long to take a much more serious tone and that was probably for the best. As appealing as the idea of Mick going around stabbing corpses for an hour sounds, the season was just coming down from one goofy episode. Taking that light tone for two weeks in a row was probably going to be a little much. The final acts helped set the stage for the reveal of the big bad for the season, Mallus, voiced with the sinister menace that is John Noble. It also introduced two key minions in the form of the ressurected Damien Darhk and his daughter, Eleanor, played by Courtney Ford.

This was were things began to sag slightly with there being too many introductions in too short a space of time. Mallus' cult had too many members for its own good! And as fun as it was to see Victor Garber playing the british thespian and evil member of Stein's family, I wasn't actually sure what his characters was supposed to be there for. 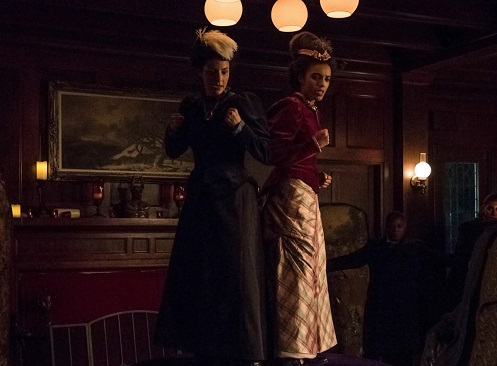 The plot picked up traction towards the end though as Darhk's ressurection grew nearer. I wasn't really sure what I made of the return of Darhk, he is a great villian sure but, hadn't we seen enough of him in the Arrowverse for the time being? However this episode sold me on the idea, how could you not be won over by his slaughter of the Time Agency to the 90s R&B track, Return of the Mack?! It is a delightfully twisted moment and I love how Legends of Tomorrow always has humour in its darkest moments.

Courtney Ford made a good impression as Eleanor Darhk, even if I wasn't sure what her connection was to Damien was until I looked her character up. But this might be the big deal for the season, that not even Damien knows it is the grown up version of his daughter until the end. Whatever the case might be, it should be interesting to see that dynamic play out over the rest of the season.

This episode also makes the most of Arthur Darvill as Rip Hunter and manages to recapture the fun of the original season where his crusade formed the backbone behind the run. But it also reminds us that the Legends are no longer his team. There is a growing sense of tragedy behind his character as he has lost everything that has ever mattered to him and he doesn't really trust the Legends or the Time Agency. This sort of drama makes for a much more dynamic look at his role instead of just plonking him back down as the captain.

And finally it is nice to see that they are building up to Victor Garber's departure and Ray and Jax's attempts to make Firestorm one man were a fun little sub-plot. These scenes added some humour while reinforcing the very real bond that has formed between Jax and Stein. It will be tough to see Garber go but at least the writers are giving him and us some nice moments with his character before he goes...