Doctor Who: Vengeance on Varos - Review 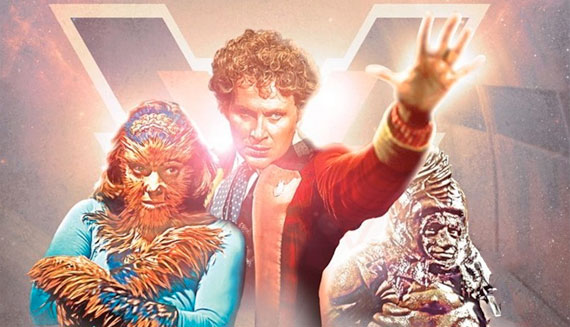 Vengeance on Varos is a much better start to the Sixth Doctor era than The Twin Dilemma was. And that is almost the faintest praise you can give a Doctor Who story given how embarrasing The Twin Dilemma is. Vengeance has the dubious honor of being the best story from season 22. Now that doesn't make it a brilliant story because it does slow down to a dull slog towards the end. But it does succeed better than any of the other stories of the Sixth Doctor era at sticking him down in a dark, dingy and dangerous world better than any other of that era.

One thing that I have enjoyed noticing in these stories having gone right back to the beginning is seeing how each era is a reflection of the decade they were made in. If this means that Doctor Who was a trend-chaser rather than a trend-setter, it shows us the reason why the classic series lasted so long. And this also goes a long way to explaining why the television version of the Sixth Doctor was so repellant and his adventures so dark. In the later eighties life was hard, cities and empires were crumbling and the future looked even worse. 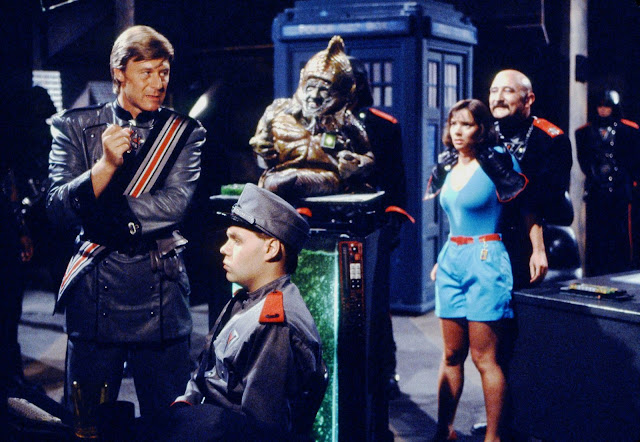 Peri, (Nichola Bryant), can do nothing but look on in horror at the world of Varos.﻿

Vengeance on Varos presents us a ruined and industrial nightmare of a world, like that out of 1984, where most of the populatation like the bickerring couple Etta and Arak are kept placid and quiet on a diet of bread and water and the televised torture of political prisoners and even the possibilities of their leaders being killed on air if their policies become unpopular. But Varos is lucky enough to have abundant supplies of Zeiton 7 but whatever hope the population have of cleaning up their world is being ruined by greedy corporations represented by the grotesteque Sil. It is a world ripe for a revolution and the first person we see in episode one is a captured prisoner being tortured. In the earlier years of the show, this would have shown that the Doctor was going to team up with the rebels to take down the bad-guys. Indeed, he does just that but they never really drive the narrative action. Instead, that is left down to the governer who longs for a more idealistic time but has become tainted by all the darkness around him.

As the story begins, the Doctor hasn't been having a good week. Peri catalogues it perfectly, he has caused three electrical fires a total power failure and nearly crashed them into a storm of metorites. Not only that, he managed to get himself lost in the TARDIS twice, wiped the memory of the flight computer and jettisoned three-quaters of the storage hold. Oh and he burnt dinner. And then he manages to leave the TARDIS without any of the Zeiton 7 because he has negleted to replenish it. Of course, that is the McGuffin to get him to travel to Varos, since that is the only planet where it can be found. But before Peri can convince him to go to Varos, he goes into a pit of self-pity and depression over the whole thing, moaning to Peri that at least she only has to die once, he'll just regenerate whenever he starves to death. While I might be giving this scene a hard time and it is only for comic relief, it is pretty bleak and an acidic joke to make such an inversion of the Doctor that people had been used too. He is less over-the-top than he was in The Twin Dillemma but the only real improvement is that he isn't trying to kill Peri but is ready to watch her die. Alright Peri finally gets him into action but even on Varos he is happy enough to take a more pasive role in the proceedings. 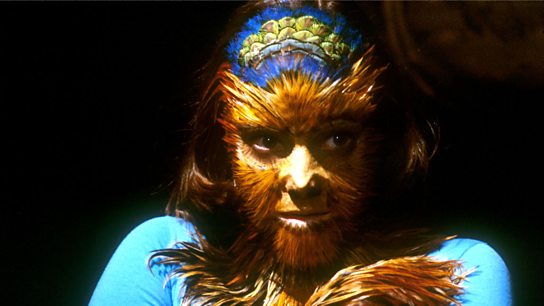 Peri finds herself transformed into a bird, much to the perverse delight of the watching Varosion public.﻿

Peri doesn't really fare much better as she spends much of this story just trying to stay alive. She has real trouble explaining to her captors what she and the Doctor are doing on Varos when she doesn't really understand it either. That is something I have a sympathy with because if I were stuck on somewhere like Varos, I would probably have trouble explaining myself. In many ways, Peri's constant vulnerability throughout the series added a sense of realism to proceedings and she proves how you or me would cope on an alien enviroment. But that doesn't make her much more fun to watch, she is constantly sullen, shrill and bad-tempered. She isn't the sort of person you would want to be stuck travelling with. And she is passive. But the most notable thing about Peri in Vengeance on Varos is that she is captured and turned into a bird, something that happens to her. If you compared her to previous companions like Zoe, Liz, Sarah, Jo, Leela and Romana, they all proved that you can be vulnerable without always being the damsel tied to the train-tracks.

So, given what we have with the main characters, the villian needs to be truly horrid and that is exactly what we get in the form of Sil, a giant brown outer-space slug. Alright, there is a grand tradition for villians in Doctor Who to be over-the-top, look at Solon in The Brain of Morbius or Roger Delgado as the Master in the Jon Pertwee era. But their kind of overacting is more often than not, not poisoness to the story but Sil is just horrible. Just horrible. His beligerence and leering, greedy, toad like personality is clearly meant to be a look at corporate capatialism but it is so obvious and completely un-enjoyable to watch. Actor, Nabil Shaban goes for an all out performance, but the character does nothing but scream, petulant mugging and does some disgusting tongue-wagging. However, that may have been the only good way of portraying a character like this. But somehow, the character was deemed popular enough to bring back in the next series in the story Mindwarp, part of the Trial of a Time Lord storyline.

This dystopian society that the Doctor encounters on Varos is far from the first one he has ever seen. But what is really different about it, is that Varosian society is so fundimentally broken and corrupt that there really isn't anything that can be done about it, at least not by any of the characters we see. The essence of the show shown to us on Varos is one that ignores the Doctor's One-Five and their unparalleled heroism and instead the heroes are the corrupt governer, incompetants or irrelevant rebels. The rebels survive but they don't take over. Instead the worst parts of their government are either removed or killed but the governer gets to stay in power. And the Governer is the closest we get to being a true hero on Varos as he tries to outwit Sil in a trade agreement for the Zeiton 7 ore. He is the only really interesting character and it is a shame that he doesn't get to deal with Sil on his own, just gets the power to do so handed to him. Also worth noting with this story is how little the Doctor has to do with it's resolution, it ends well, not because he did anything productive but because nothing worse happened, though he still does take the credit. Sil turns out to be nothing more than the Doctor's Moriarty, his perfect dramatic opposite, who can only match him in his own boorishness and blustering incompetance. He is only defeated because of his own stupidness, not by any real trouble.

So it really is no wonder than now, with the hindsight we have, that Doctor Who nearly went under following season 22. Vengeance on Varos gives us a Doctor who is a foolish and abrasive clown. He is almost completely lacking in any charm or charisma that his other incarnations had. The only beautiful thing in Varos is the chanting of the monks before the hanging. In fact, it is dishearting to know that the show had been hounded for being this dark and violent a decade before when Phillip Hinchcliffe because of the horror in his seasons. This kind of stuff must have made Mary Whitehouse turn blue...