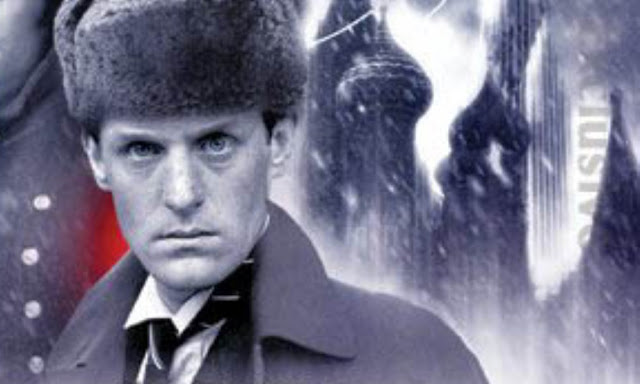 The TARDIS is pulled out of the time vortex and sent to Moscow and Turlough is displeased that his nap has been interupted and he has to return to a planet he despises. While travelling around Moscow, the Fifth Doctor and Turlough both begin to encounted the mysterious Somnus Foundation.

Outside the foundation, Turlough tries to help a frantic woman called Lena, who has been looking for her brother. She belives that Somnus is a cult, which isn't just taking people's money but also their personalities. When the foundation members are shown their 'true selves', they begin to act like completely different people.

Inside the foundation, the Doctor is grilling the leaders about their view of humanity's future. Their goal of awakening mankind's potential sounds lovely on paper but the timeline they have mapped out is one the Doctor knows they should never go down.

And then, far away from the Doctor, Turlough and Moscow, the Great Qel assesses new members potentials using words like 'displacement', 'husk' and 'compatable aura types'. And if all that wasn't sinister enough, Qel knows what the TARDIS is...

I think that Singularity would have benefited from being one of the shorter Big Finish stories. As it is, it works as an excellent idea but it slows down to almost a crawl over the two-hour runtime. It is also mirred by dialogue that doesn't move things along. By the end of episode 1, the plot is already in place and although there are a few surprises along the way - author James Swallow can always be relied on for a unique point of view - the overall story plods headfirst towards the inevitable with all the spead and urgency of a freight train...