Doctor Who: A Full Life - Review 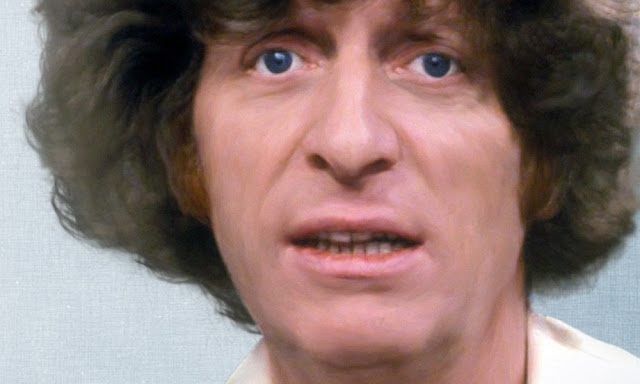 Listening to A Full Life, it comes as no surprise that the story concerning Adric played by Matthew Waterhouse is all about death. After all, Adric's life was full of a lot of death.

Depending on what type of story you want, A Full Life might not be for you, but you'd be very wrong to dismiss it, even if, like me, you aren't the biggest fan of Adric. Actually, the story doesn't embrace Adric as the only reason why you should give this story a listen.

This is actually the first Short Trips title to be read by Matthew Waterhouse and because of this, it adds layers to a character he portrayed years ago, getting to the heart of Adric very quickly.

The story begins with Adric recounting his tales with the Fourth Doctor, Romana and K9 in E-Space, his upbringing on Alzarius and the loss of his parents and his brother. While trying to escape E-Space, the TARDIS lands of Veridis, a planet where a scientist has managed to bring the dead back to life. Obviously the consequences of this action are huge but what is really interesting is how all of this effects Adric.

Immediately, the boy's thoughts turn to everyone he has lost and that is when the Doctor explains the domino effect such a machine could have with one powerful rhetorical question, who's next?

The story is immediately set apart from others in the Short Trips range thanks to the feeling that this is a present from the past, something that sounds exactly like a tape being wound backwards and forwards. A Full Life feels like a perfect inclusion to the original E-Space Trilogy and feels very reminscant of State of Decay. You can really imagine how a story like this would have been achieved on television, although it is far more effective on audio, it is more honest, intimate and chilling.

Naturally, the story wears the evoctive-ness of Frankenstein on its sleeves but its gloomy, grotty setting and feel bring a much more vivid image of Victorian London to mind. But the story manages to twist everything in such a way that it comes across feeling more like a heady dream. You know its unreal but it is still an appropiate way for us listeners to mull over mortality and the ultimate burden of life.

Writer, Joseph Lidster has quite a thing for death, especially in this context having written the Torchwood episode, A Day in the Death, telling us how Owen is adjusting to life after death. And he also draws freely from his Sarah Jane Adventures' episodes, The Mad Woman in the Attic and The Nightmare Man. The symbiotic nature of life and death gets very well explored and personified by none other than, the TARDIS! But how, will just make you have to listen to the story, you'll get a really surprising insight into the workings of the time machine.

Lidster gives Waterhouse some excellent dialogue, infested with some beautifully written phrases and notions, including the notion of a dead girl giving birth. But he quickly gets to the heart of the story, forget the narrative of bringing the dead back to life and get on with the exploration of the emotions that come with it.

Adric is also afforded a great deal of character development, we hear how much he really loves the Doctor and Romana, his new life and what his motivations where behind all his arrogance. There is also a wonderful scene which brings to mind the whole point of this story, rage, rage against the dying of the light.

Fortunately, this story isn't a through and through tragedy. There is a glimer of hope that runs through the whole thing and a streak of dark humour too. And there are knowing winks to Matthew Waterhouse on his time on the show behind the scenes.

But what of Waterhouse? Well, he brings Adric back to life brilliantly, more so than he did on television. There is something of a natural swing to his narration, his imitation of the gliding Romana is great, even if his Fourth Doctor isn't. Nevertheless, this was a brilliant story to listen too.

A Full Life gives itself over as a real revelation, written masterfully and tastefully and it adds greater pathos to Adric and indeed to Earthshock, his final television story. But ultimately, this proves there is more to Adric and his period on the show than what might first meet the eye...