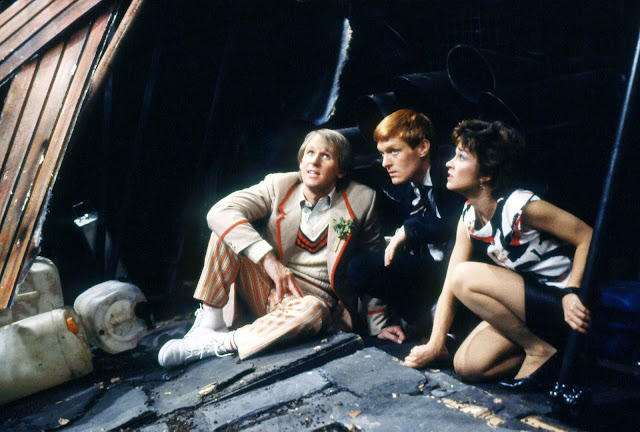 Frontios saw the return of Christopher H. Bidmead to the production office. At first it seems like a terrible idea, the man had too many scientific ideas and concepts floating around, making many of his scripts and the scripts from others, completely un-understandable.

But at the core of Frontios is a gritty story about the Doctor, Tegan and Turlough trying to help a small group of human colonists who are struggling to survive on a harsh world under constant meteor bombardment. Now that was a story that would have brilliant to see, something with no clear villian, just people struggling to survive. Had Frontios been like that, then maybe it would have been a real classic. It would have shown us that outer-space, survival and the human race is far scarier than any weird termite things.

The reason we get the exciting version of Frontios for one episode only is because the man in charge wanted to play it safe because it made work easier. It was also because Christopher H. Bidmead was someone incapable of turning good ideas into good stories. In previous reviews, I've made my dislike of Bidmead's stories obvious. They are too slow, too serious, lack anything resembling warmth and humour and were written by someone who obviously thought they were too good for Doctor Who. 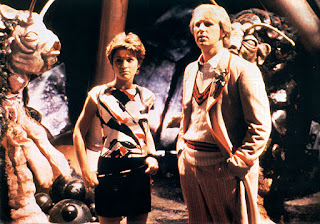 Frontios proved to be the final story he wrote for the show and surprisingly, was his best. It is only his best story because his others are the perfect cure for insomnia. Like his other attempts, Frontios is a solid idea, just hidden under bad writing, endless padding and his "look at how clever I am", style of technobabble. It is little wonder then, that most of the cast decide to ham the whole thing up, exceptions being. William Lucas as Range and Lesley Dunlop as Norna.

Easily the worst part of Frontios is the Tractators. But that isn't something you can blame Bidmead for. He didn't want a monster in this story because they often looked cheap but the powers that be, at the time, overrulled him, probably because John Nathan-Turner couldn't merchandise the nature of the universe. But then who would want to own a Tractator? They are a terrible idea as a monster. Not only do they look horrifically cheap, but they are terribly inpractical costumes. The actors inside them clearly have zero idea about how they are supposed to move in them!

Another problem with Frontios is what happens to the TARDIS. It is never explained clearly how it was blown up and then sunk beneath the ground. The Tractators had nothing to do with that. They were unaware that a Time Lord was on the planet and didn't know he had his TARDIS with him. And since they wanted the TARDIS for themselves, destroying it would be the last thing they would have done. It seems the only thing Frontios is really famous for, the terribly exciting cliff-hanger at the end of episode 1, that robs him of his faithful time machine, couldn't be bothered to explain how it all happened...