Doctor Who: The Assassination Games - Review 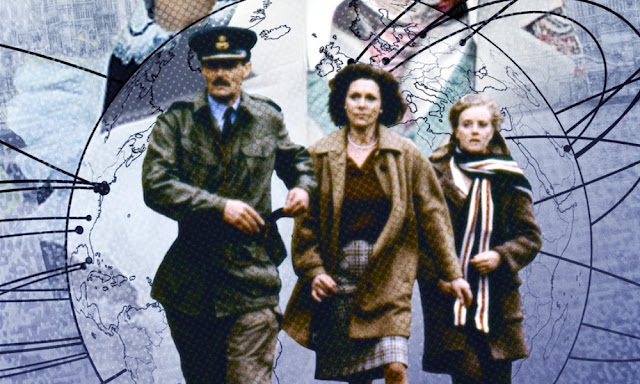 Big Finish's 1963 Trilogy comes to a successful end with The Assassination Games, which also manages to serve as a bridge between the television story, Remembrance of the Daleks and the audio spin off series, Counter Measures. It is November 1963 and Group Captain Gilmore has just encountered an old friend.

Listening to The Assassination Games, you'll understand it has an awful lot to cram into its two hour run time. In addition to the Seventh Doctor and Ace, it features the Counter Measures gang of Ian Gilmore, Rachel Jensen and Alison Williams and new character Toby Kinsella as well as a whole mess of new villains and other characters who are either villains or victims. One expects then for the Doctor and Ace to be just part of the whole story but this element really works given the story is set in the era where the Doctor is a master-manipulator. The Doctor might not be in this story a whole lot but he certainly drives the thing and he steals the show whenever he is in it, particularly at the end of episode 1 and 4. There were a lot of sequels done in the Cartmel era of the show but this story would have worked brilliantly on the television, certainly a lot more so than some of his Lost Stories' entries.

While Rachel and Alison don't have a lot to do in this tale, it is nice to hear from actress's Pamela Salem and Karen Gledhill again. Gilmore gets plenty of action in this story and actor Simon Williams steps into the role as if he has never been away. In fact, all of the original cast fill their old boots so well that one would never have guessed that twenty-five years have passed between then and now! In terms of the audio's internal chronology this is supposed to be the first time Toby Kinsella plays any part in the Counter Measures gang, Hugh Ross is brilliant as Kinsella, he has such a smooth voice that I could listen to him all the time. Here he is a trustworthy fellow but in the Counter Measures series proper that I am currently listening too, I just can't bring myself to trust him fully.

And The Assassination Games doesn't lack for plot with author John Dorney piling plot on plot, weaving a complex mystery for the gang to solve. Perhaps someone with a much more perceptive eye than me could pick up little problems with this play but I thoroughly enjoyed this one, even if I did find the villains lacking for some real motivations. And things did get a little confusing for me in terms of the guest actors as there were rather a lot them and some where doubling up in their roles and I didn't always know who was who.

As with the rest of the trilogy this story plays into, this is a perfect little slice of Doctor Who. It won't rock your world but it will entertain it as it is a strikingly told tale with nice jokes, good characters and sharp music. Originally released to coincide with the fiftieth anniversary, there wasn't a better way to celebrate it. But given it was released twenty-five years after Remembrance of the Daleks, its kind of celebrating the twenty-fifth anniversary of the twenty-fifth anniversary...