Doctor Who: Smoke and Mirrors - Review 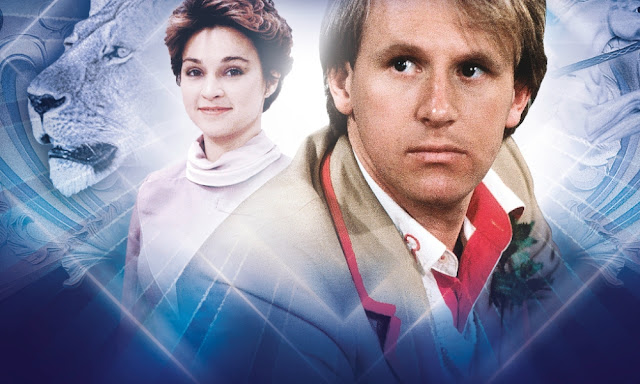 With Tegan once again in her work uniform, it is no surprise that the Doctor still can't get to her shift on time! Her initial disgruntlement at the Doctor having landing them in an Edwardian fairground, becomes less disgruntled when they meet none other than Harry Houdini!

Apparently she is a big fan but there is a gypsy woman who insists on telling her the future. Which is particularly unsettling when she mentions the Bay City Rollers. But the Doctor and his companions soon discover that the TARDIS hasn't landed them at the fairground for fun and candyfloss but for the main attraction.

Smoke and Mirrors is the Fifth Doctor's instalment of the Destiny of the Doctor audio anthology and I was so invested in the story that I was a little disappointed by the involvement of the modern series. This is otherwise a good little story with the delightful Janet Fielding on narration duty.

We also get Tim Beckmann putting in a performance as Houdini, the famous escapologist who appears to be in league with one of the Doctor's deadliest enemies. But it was nice to hear a little something about his previous encounters with the Doctor. And with Tegan softening and beginning to enjoy her adventures, this is definite love letter to the classic era.

It is a shame then that as the story unfolds it falls into the same problem as other stories featuring three companions. Steve Lyons does a good job of trying to give us a cheeky diversion in the middle of the adventure, which rather nicely ties up the problems with someone like Adric. And the narrative is shared nicely across the four main characters.

This is one of those stories that would have worked brilliantly as a story in the classic era, I enjoyed it so much that I am a little sad it is just an audio adventure...