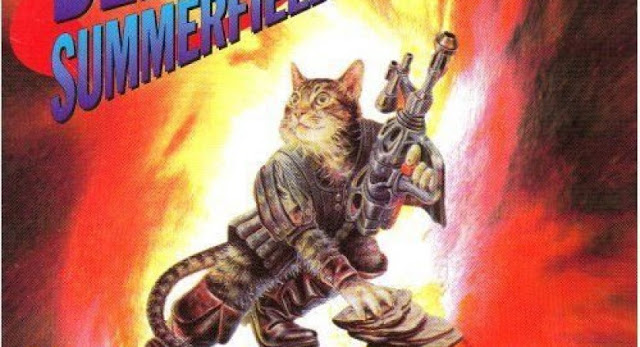 It is hard to believe that now we are in 2017, that Oh No It Isn't! was actually the first audiobook that Big Finish produced. And boy can you tell. It's cheesy and the story drags dramatically in the second half and it is haphazard and amateurish compared to the heights that the company have since reached.

But I loved it!

Bernice Summerfield, the Seventh Doctor's archaeologist companion is heading back from a recent dig, when the ship she is travelling on comes under attack from alien forces, she wakes to find herself having been thrown into the magical world of pantomime. But why? And why can her cat suddenly talk?

Lisa Bowerman and Nicholas Courtney, as the Brigadier sounding cat Wolsey, are the reason that this play works, despite aliens with annoying voice modulation work and an implausible plot. Bernice Summerfield is a dead ringer for Lara Croft, or the other way around, and this story keeps trying to stuffy Benny into an archetype, any type of archetype. But I love her solution to her suitor problem.

The secondary characters are pretty thin, almost given no back story. And then they get stuffed into archetypes too, even if I did appreciate the switching of genders in true pantomime fashion. (I take part in pantomimes at my local amateur dramatics society and so know the tropes inside and out.) It is strange though that it is the cat who gets the role as the most interesting character arc.

There is a lot to talk about here but the main reason to get this release is because it was the first story that Big Finish ever produced. One enjoys hearing Bowerman's hilarious muttered asides. And Nicholas Courtney never failed to crack me up as Wolsey and his dick jokes! 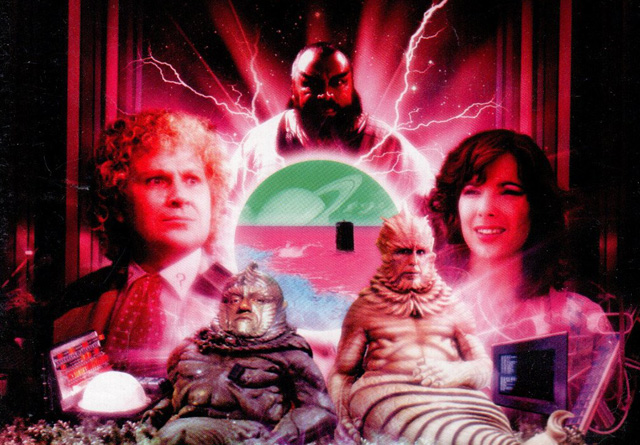 Doctor Who: The Trial of a Time Lord: Mindwarp - Review

If you like or dislike Mindwarp, one thing that can be agreed on is that it is a disjointed mess. But that is meant to be the point. The truth of what we are being shown is supposed to be suspect. Is the Doctor acting evil to trick his enemies, or was he turned evil by a mad scientist's brain drain? Is his companion Peri dead because of his negligence? Was he prevented from saving her? Or is she really dead at all? The four episodes that make up Mindwarp play the part of episodes 5-8 in a series long arc called The Trial of a Time Lord and as with the previous story, The Mysterious Planet , the action is split into two dialogues. The first being the main action on Thorus Beta and the second being the Doctor's trial and all of this being used in evidence. But the Doctor can't remember what happened so there is no reason to believe his version of the facts either. And as the story progresses, this fog only gets stronger. It is difficult to get a real handle on what