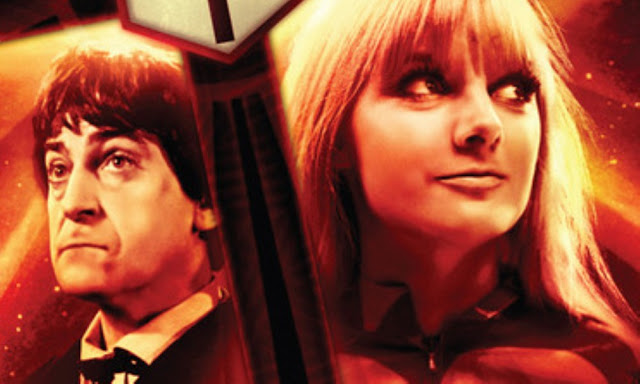 Much is very often made of certain points in history, as such, many Doctor Who stories take place in the same time zone as they are more interesting for writers to explore. One such nexus is World War II, where at least a dozen audio stories have taken place, as well as novels and television adventures. Resistance sees the Second Doctor, Ben, Polly and Jamie arriving in occupied France and is a thoughtful, well characterised story, with excellent narration from Anneke Wills. But the familiarity of some of the elements and the awkward resolution of one of the character points manage to prevent the tale from reaching its fullest potential.

But perhaps the greatest strength of Resistance, written by Steve Lyons, is how successfully he manages to capture the feel of the early Second Doctor era. That was obvious from the moment the TARDIS lands and the crew engage in some light hearted banter. This opening scene manages to evoke the dialogue styles of the era very successfully. It is a shame that the rest of the story didn't include the same sort of material as it does here. Not soon after, the TARDIS crew find themselves separated and the setting is too grim for a lot of humour. The Doctor and Polly find themselves trapped in occupied France, separated from the TARDIS, Ben and Jamie. Meeting the resistance is their only hope, but finding a way to rescue their friends and escape without making it look suspicious proves to be no easy task.

Alongside Polly's narration of events is some narration from a British Pilot whose plane was shot down. The first question one asks is how his story will intercut with Polly's and that does manage to generate some interest into the proceedings but very alert listeners will have picked up on the connection between the two from the very beginning. It would be churlish to say how this development is an implausible one but that is what it is, still, it works within the context of Doctor Who. The problem with this revelation is that it is something that has been done before. The wider conflict of the story, the uncertainty about people's loyalties is something that plagues many World War II stories is a well worn trope. And the secondary characters do little but express basic fear and suspicions. The final twist concerning the Pilot does offer a big surprise but by that point, the story is almost over.

This story also the same problem as the other Companion Chronicles, the only character to get some development is Polly. Her arc in this tale makes use of the limited characterisation that was afforded her character in the television series as Polly finds herself wondering what many fans have wondered, just what was she good for. Now, I like Polly, she is one of my favourite companions but I can understand why some people don't hold her in high esteem. Lacking any obvious skills, Polly finds herself feeling superfluous in search of her purposes as she watches the ordinary men and woman face their fears in the resistance. This arc does feel basic but it really does tap into believable emotions and helps to cover some of the more tedious points of the plot up.

However the resolution of the plot isn't very successful. The larger thematic message, that one should not focus on one's purpose within a specific situation, certainly is a strong one. But the way Polly is allowed to accomplish this, is where the problems of the story begins. It is hard to expand on this point any further without revealing some important plot points but she only makes a difference through several lucky circumstances and not because she has demonstrated any particular skill or strength of character unique to her. So as a result, Polly's character resolution and the resolution of the main plot feels very hollow and slightly arbitrary.

Earlier, I observed how this story follows the well known Doctor Who trope of splitting the characters up into groups. This is fine but the format of The Companion Chronicles means that only one character can ever really get some development. The adventures of the other characters have to briefly and quickly be mentioned when they eventually re-join the narrator. This is particularly notable when Ben and Jamie appear at the end following their implausible survival and with some grisly details overlooked as is their suffering during those events. But due to format of the series, this is sadly inevitable. That doesn't stop it from drawing attention to itself however.

Anneke Will's performance breaths strength into the material she is given and it is never difficult to believe that she is experiencing what Polly is also experiencing. Her imitations of the other regulars are just as brilliant. John Sackville gets very little to do as the Pilot but he does fill the role well enough, never trying to make more of the character than the script does.

All this culminates to make Resistance a story that I admire rather than enjoy enough to give it regular listens. As a Polly fan, I appreciate what Lyons is trying to do with her character and he recreates the kind of dialogue each of the TARDIS regulars of the time would have been given. But it is the shallow stock characters and their equally stock plight that makes this audio less enjoyable to listen to than it should have been...