Doctor Who: Death and the Queen - Review 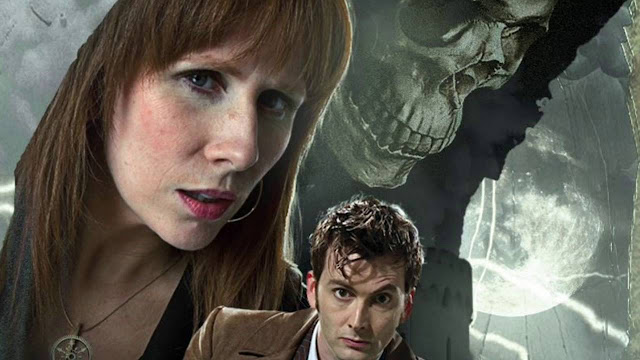 Out of the three stories to be produced by Big Finish featuring David Tennant and Catherine Tate as the Tenth Doctor and Donna Noble, Death and the Queen is the first one to capture the emotional quality that Russell T. Davies brought to the series. Tennant and Tate give their best performances assisted by Alice Kringe, Beth Chalmers and Blake Ritson as the inhabitants of a kingdom which has been at peace for 500 years.

This really is one of those stories where you can't see how its going to end, which is odd considering how it has to lead up to the conclusion of the Tennant/Tate era. And there is plenty of comedy, pathos and character development for both our favourite Time Lord and temp from Chiswick. The difference between the Donna we first saw in The Runaway Bride and the Donna we hear here, is something which lends itself to the story's resolution. It also lends to the more painful fate of her character now we know what she was willing to give up for the Doctor.

I just hope that David Richardson can work more miracles with Tennant and Tate and get them together for more adventures.

And it seems he has, it has now been confirmed that David Tennant will be returning with Billie Piper as Rose later in the year. It will interesting to see if he can tempt Freema Agyeman back as Martha or Michelle Ryan back as Christina De. Souza.

I highly suspect that these stories will attract new people to world of Big Finish and will leave fans begging for more...