Doctor Who: The Burning Prince - Review 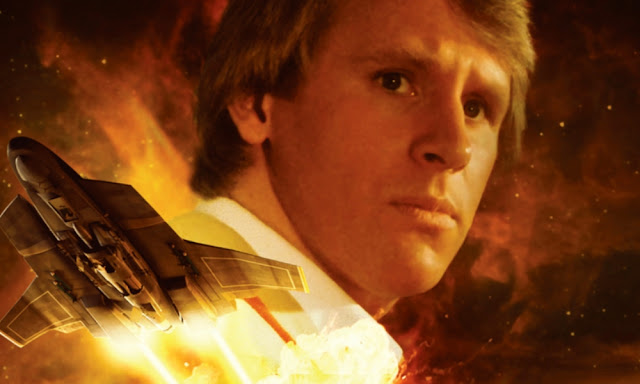 One trilogy ends, another begins, that is the way with Big Finish. In 2012, we got something different, this particular trilogy doesn't feature a particular Doctor or companion/s. Rather, The Burning Prince begins with the Fifth Doctor with the subsequent two releases featuring the Sixth and Seventh Doctors. It feels similar to the Excelis trilogy from 2002.

This story opens with the Doctor travelling on his own, presumably somewhere between leaving Gallifrey and getting back to Amsterdam to pick up Nyssa and Tegan, between Omega and The Waters of Amsterdam. Instead, he lands on a spaceship in the future, carrying one Prince Kylo who wants to find his fiancé, Princess Aliona, whose ship has been sabotaged and crashed on a desolate and marshy world. If the pair don't get married, it could mean all out war for the Drashani Empire. But as soon as the Doctor turns up, a huge creature escapes the hold and from that moment on, the Doctor and his new friends are running for their lives.

This story certainly does race along, from its beginning to its end it doesn't ever let up. As the characters run in their attempts to escape their peril, they are slowly picked off, one by one. Peter Davison is, as always, on top form, with the Fifth Doctor at his techy best. It is a shame that the rest of the characters don't have much to grab onto. I am not sure why, whether it was through their performances or writing, but each of those characters felt exactly the same and meant that it was hard to keep track of them all.

And because of that particular problem, The Burning Prince is a story that is quite hard to get through. It falls flat and that is a real shame as this story has a brilliant premise and there is some wonderful sound design from Toby Hrycek-Robinson, is one of the best musical scores that Big Finish has ever done. Both of these things combine to create some excellent tension, or they would have done had the characters been really interesting. With The Burning Prince, I hope that when I get around to listening to them, the rest of The Drashani Empire trilogy is more interesting...