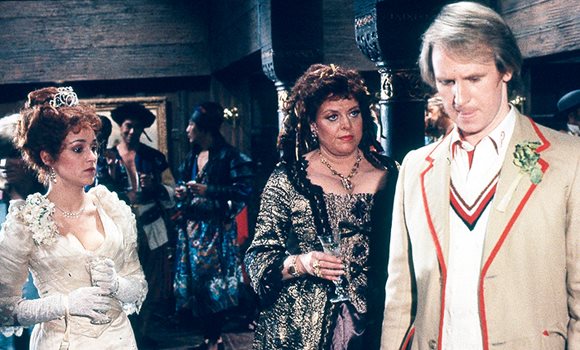 After the departure of Nyssa in Terminus, the Fifth Doctor, Tegan and Turlough find themselves on board what appears to be an Edwardian cruise ship. But on further investigation it is revealed that they are actually on a space ship taking part in a cosmic race organised by the Eternals, a mysterious and powerful race. 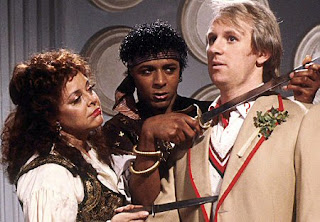 Enlightenment is one of the best Fifth Doctor stories created, it is brimming with ideas and full of amazing imagery, which thankfully, the production team managed to pull off without making it look embarrassing. While the visual effects might be a little ropey in places, it never pulls you out of the story and it really is a great story. It is a real shame that Barbara Clegg never wrote for the show again, as this story really knocked it out of the park.

For what little we see of them, you really get the feeling that the Eternals are one of the strangest and most powerful beings we ever get to see in Doctor Who. Dwelling in the realm of eternity, they have the power to create things out of thin air but they lack the imagination to use the ability properly. They are just hollow shells who experience existence via proxy, relying heavily on those they claim to be lesser beings. In a nice touch of social commentary - the Eternals on The Shadow like to play the high and mighty - lording it over the lower classes who have been plucked from their own time. Striker and the other Eternals like to see themselves as superior but they have only gotten that way through their use of ephemerals. Without us humans, they are nothing. 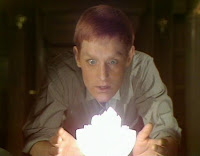 It isn't just creativity that the Eternals crave however, although they won't admit it, they rely on humanity for the entertainment they can't provide for themselves. Our chaotic minds help starve off their infinite boredom. In the case of Marriner, the need for entertainment has become an addiction and he finds Tegan's thoughts so intoxicating that he can't get enough. He is quite literally, only interested in her because of her mind and the hit of existence it gives him.

There are only two things which lets this story down. One is the performance from Lynda Barron. Everyone else playing Eternals are excellent, Barron seems to think she is in another show altogether. She plays Captain Wrack completely over the top, delivering something which feels like a pantomime performance, something which is out of place for this story and out of place for an Eternal.