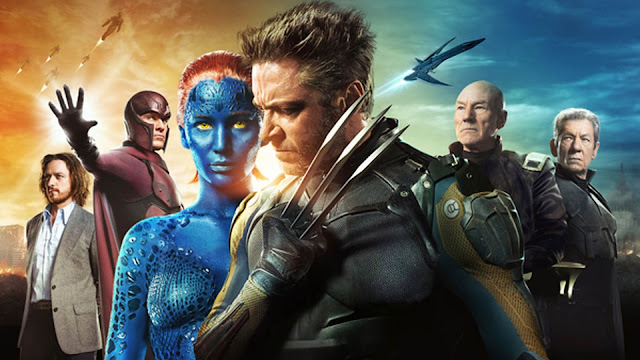 For better or for worse, depending on your standing, Days of Future Past is the first Marvel movie to fully embrace a comic book way of telling a story. Context-less and without origin stories, it really presumes that the audience is already familiar with the characters and it returns to movie genre to its geeky roots. And also depending on where you stand, this movie will either be one of the best movies to come from the X-Men franchise, or one of the most alienating. The movie serves a loose adaptation of an old comic book storylines, which saw an elderly Kitty Pryde AKA Shadowcat, returning to the past to stop her future from coming about. This time around, the movie sees Magneto, Professor X and Shadowcat, sending Wolverine back to the 1970s, so that he can help the pair set aside their differences and avert a Sentinel run world - by preventing Mystique from assassinating Bolivar Trask, the man who created the mutant hunting robots.

This movie isn't just one aimed at comic book fans though, director, Bryan Singer, who gave us the world of the X-Men on the cinema screen all the way back in 2000, has obviously become a confident stylist and Days is really distinguished by several great set pieces, including a slow motion shootout and an opening battle which pits reality warping Blink, with a gaggle of sentinels. Combatants leap through the portals she creates, something which must have looked really trippy to cinema goers who saw this movie in 3-D. The period pieces are also nice, close ups of the innards of lava-lamps and shearling coats make it look broad enough to be a parody and like its predecessor, First Class, Days has a lot of fun incorporating real life historical events into its storytelling. The Paris peace accords, the assassination of JFK and the missing eighteen minutes of Nixon's tape all get included.

It sure as hell doesn't take a specialist to enjoy all the elements involved in this movie. It is when it comes to understanding the plot, the characters and their actions which really is a different matter. There has never been a superhero movie which had never put so little time into allowing the involvement of newcomers, not only does it require a knowledge of First Class, but also The Last Stand as well as a working understanding of the original source material. Viewers who don't know Wolverine has an adamantium skeleton or that Quicksilver is Magneto's son in the comics, will have a harder time understanding some scenes. And viewers who are unfamiliar with the struggles between Magneto and Professor X and their relationships with Mystique will probably be confused for the entire run of 131 minutes. The satisfaction of watching a movie like this comes from performance and another half from interpretation.

When the movie hits its laziest, it feels a lot like the final act of Star Trek: Into Darkness, where the only entertainment came from reimagining iconic scenes from the original, Wrath of Khan. When it is done right, Days is geeky storytelling done right, rather than leaning on references from original materials for fan satisfaction, the movie relies on the supposed fan audience's knowledge to move faster and further than it could do otherwise. Surely it is no coincidence that, as well as being least newcomer movie out there, it is also the most narrative driven. The movie juggles a lot of characters and their personas, both from the past and the future, to create something really akin to the comic book universe that it is spawned from...